The team at Doc Swinson’s have a pretty simple philosophy when it comes to their products. Source good whiskey, make it great, and then sell it at an affordable price. As their website mentions, they are a small operation, consisting of only four employees. As small as they are, they are seemingly always up to something, with nine different expressions aging and being produced at a given time. Every release is an actual small batch with a limited amount of juice being sent out into the world.

Their hard work has gotten some recognition over the years. Among their accolades are awards from the New York International Spirits Competition, the San Francisco World Spirits Competition, and the SIP awards. Thus far, the company has focused on the production of rye whiskeys and bourbon.

Even as a sourced whiskey, the company is quite honest about what you’re getting. On most of their bottlings, the labels will tell you which batch it is, the bottle number, and even a formula number among the usual stats.

This particular release is a six year old bourbon finished in Oloroso sherry, Pedro Ximenez sherry, and Cognac casks. From my research, there was a previous iteration that was considerably older as a 12 to 13-year-old sourced bourbon. When it comes to different barrel finishes, I’m always curious as to what sort of effect the extra aging with have on the spirit.

Others have noted that the “Alter Ego” here bears similarities to the Joseph Magnus triple cask, as the barrel profiles are the same, though who knows how long the whiskey spends time in each. The Joseph Magnus is a touch older, hinted at being near nine years old and priced as such, making the Doc Swinson the more affordable choice. 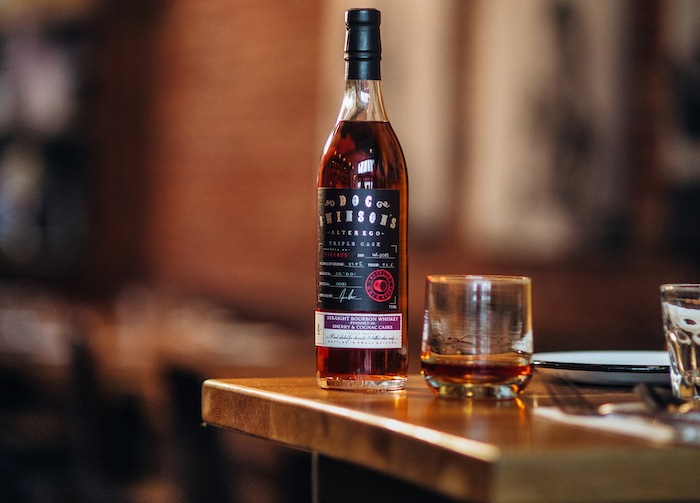 Appearance: Orange with a slight yellow tint. In the glass, legs were long, though slow to make their way along the sides.

Nose: Rich, with a touch of heat. Honey was the first aroma to be noted, followed by hints of citrus and leather.

Palate: This whiskey was considerably lighter bodied than expected from the nose, with a medium finish. Given the barrel finishes, I was thinking there might be more going on, though it ended up being fairly simple. It’s off dry, with some honey and oak notes and light acidity in the middle of the tasting experience.

Good, not great. I was hoping for more depth from this whiskey. However, it felt as if all of the finishes weren’t quite in sync. I got the sweet notes of honey and yet the whiskey was also remarkably dry. At a guess, I believe the previous version may have had a touch more robustness given that it had about twice the aging.

I do get what these guys are doing though. Small operation and sourcing with a purpose, then tinkering around with different finishes. At the end of the day, I’d say that the team at Doc Swinson’s is worth keeping an eye on.