The Best Ways to Drink Whiskey on Thanksgiving Day

This time of year, the internet is chock-full of recommendations about how to pick the right wines for Thanksgiving dinner. Nothing against Beaujolais and white Burgundy, but I’ve noticed a conspicuous lack of whiskey on those lists. So for whiskey lovers, here’s a phase-by-phase plan for incorporating whiskey into your Thanksgiving Day celebrations. 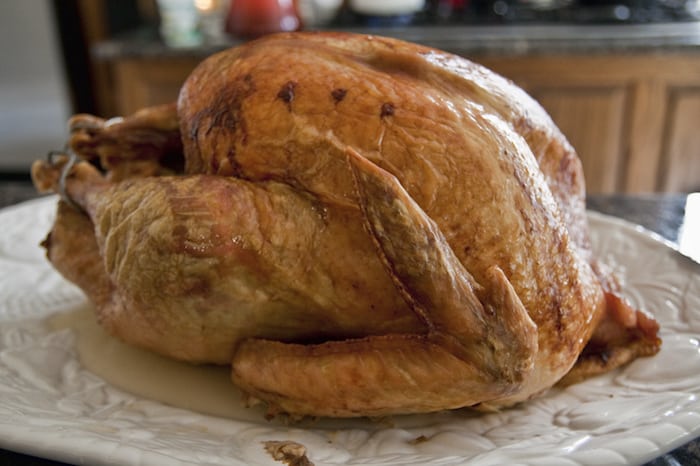 Thanksgiving is a long game. As tempting as it may be to start in on the cocktails around noon, resist. There’s nothing worse than sliding into the meal already zonked, not when there’s so much delicious food to be had. So hold off on the drinking until right before dinner. If you can’t resist dipping into the liquor cabinet, use something inexpensive yet flavorful—Jim Beam Black, Wild Turkey 101—to spike your pumpkin pie (add up to 3 tablespoons of bourbon per pie to your filling) or deglaze that roasting pan for making gravy.

Whew, you’ve made it. Time to open the bar.

Thanksgiving is the time for punch. It’s fun, it’s festive, and it frees you from individually mixing drinks to order for your entire extended family, one by one. My current favorite punch recipe is this one from the Dead Rabbit (via BonAppetit), which pairs Irish whiskey with black tea, citrus juice, and oleo-saccharum, that magical elixir that results when you massage citrus peels with sugar and let the whole mess rest overnight. I suspect this recipe might also work beautifully with rye. Now, get that punch bowl out on the sideboard with some little cups and watch your guests discover that they do like whiskey after all.

Thanksgiving is a notoriously challenging meal for pairing with wine. There are a lot of different flavors on the table, but in general, holiday foods tend to live in that soft, sweet, and rich segment of the flavor wheel, with precious few pungent, spicy, or crunchy dishes.

So sure, you could shelve the whiskey and have a glass of pinot noir with dinner, but I think there’s an argument to be made for a nice pour of something with oomph like Booker’s, Rebel Yell Single Barrel, or Old Forester Prohibition) over a cube or two of ice. You’ll want a rocks glass rather than a Glencairn. The whiskey supplies those spicy, concentrated flavors most Thanksgiving plates are missing, refreshes the palate, and helps distract from any appetite-ruining political exchanges your family may be prone to.

Whiskey lovers, here is your time to shine. Whiskey is fantastic with pie and other desserts, or simply as the dessert, a much-needed digestive after the Thanksgiving onslaught. In the spirit of the holiday, I’ll recommend some American whiskeys, but nobody would complain if you brought out a nice bottle of GlenDronach or Macallan. You’ll want to reach for something delicious yet sharable, like Blanton’s, Cooper’s Craft, or Four Roses Single Barrel.

A rye like Colonel E. H. Taylor or Pikesville Rye would also be delicious, especially with rich pies like pumpkin or pecan. Or, celebrate American ingenuity with a more recent craft release, like Westland Sherry Wood or Catoctin Creek’s Roundstone Rye, before settling in for a little bit of football and a long winter’s nap.