The Virginia Distillery Company Journey Cask Collection was first unveiled last year by this American single malt whiskey producer as a “whisky series focusing on mentors from around the world, where the person, distillery, or region were inspirational” to their development. The initial expression was an Irish offering, and now it is being followed up this time around by an English whisky.

The new Virginia Distillery Company Journey Cask Collection, Britannia, according to those behind it, is an eight year-aged, cask-strength whisky that was produced by The English Whisky Co. in Norfolk, England. It is bottled at 64.6% ABV and is limited edition in nature, with just 243 bottles being produced. 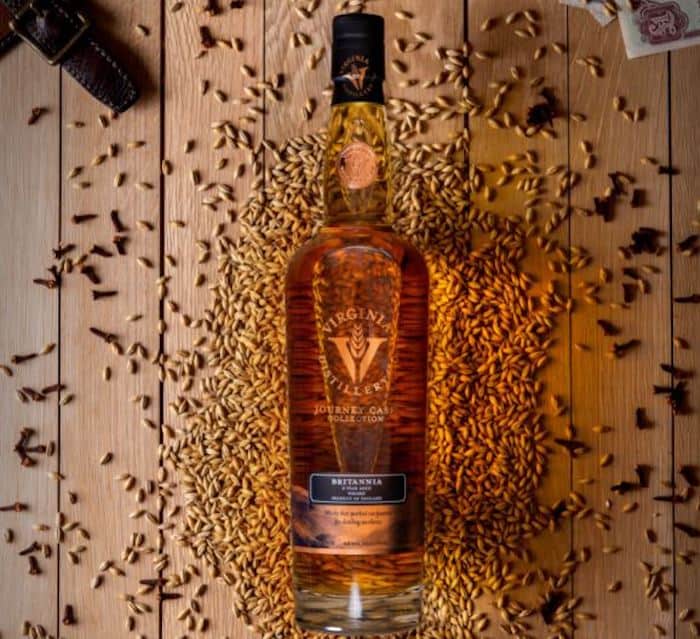 As it stands now this whisky has already been released at the distillery in Virginia and also online, pricing around $125 per 750 ml bottle. Included is a special collector’s box and decorated bottle. Limited official tasting notes suggest “aromas of smoky maple, soft vanilla and orange zest as well as hints of milk chocolate, citrus, cinnamon and clove on the palate and a smooth and soft finish.”