Mackmyra recently added to its exclusive Moment series, a nod to the original distillery at Mackmyra Bruk but also a stepping stone toward the future. Moment Brukswhisky DLX II is a single malt whisky aged solely at Sweden’s Bodås mine since its original distillation.

The new addition is an ultra-premium version of Mackmyra’s classic Brukswhisky and is available in a limited series set now.

The goal of Mackmyra distillers was to answer the question of how Mackmyra Brukswhisky would taste after further maturation and using a smoky recipe. 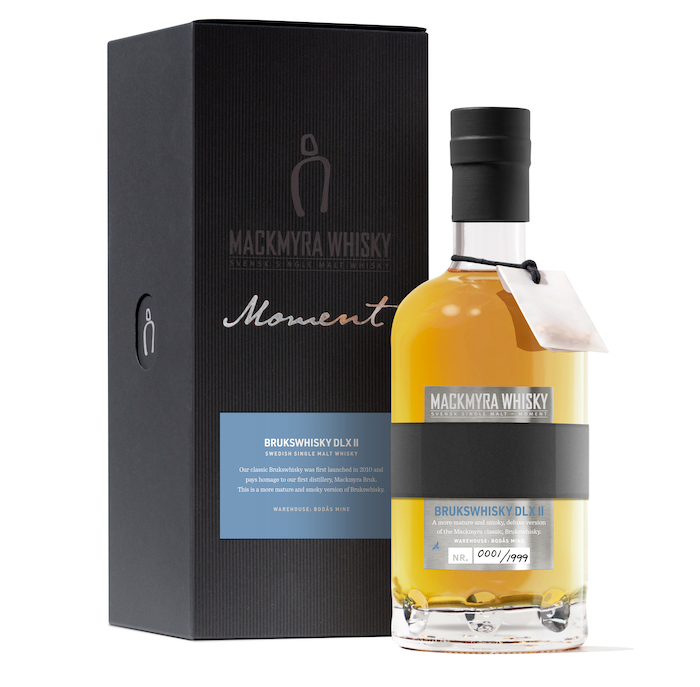 Johan Larsson, CEO of Mackmyra, said in a prepared statement that this new whisky has gone through an intriguing transformation, bringing out hints of ripe pears, raisins and citrus fruits embedded in a blanket of smoke, peat, and juniper.

He said that in the background are fine and spicy tones of roasted oak and vanilla caramel reminiscent of the original recipe, but in a new form. Brukswhisky DLX II is between 9-11 years old, and the color is naturally golden yellow, bottled in 2021 and limited to 1,999 bottles.

“Brukswhisky is a piece of living Swedish whisky history,” Larrson said. “This expression is a smoky tribute to the original distillery at Mackmyra Bruk but also a milestone of whisky with a respectable age.”

Mackmyra is a whisky created from Swedish ingredients, without any additives, using eco-friendly distillation technology. Mackmyra has produced single malt whisky, as well as organic gin, since 2017.