Mackmyra, a well known whisky distillery out of Sweden, recently announced it is adding a new addition to its Moment series. Moment Brukswhisky DLX (46.6% ABV) is a single malt whisky that has aged solely at Bodås mine since distillation and stands as a deluxe version of Mackmyra’s classic Brukswhisky.

Aged in ex-bourbon, oloroso and Swedish oak casks, the recipe has remained the same, but the whisky has aged for a longer period in the casks, resulting in a richer palate, containing buttery notes of caramel and vanilla with fruity tones of pear and citrus, as well as roasted oak and peated juniper twigs, according to official tasting notes. With a natural color of a light golden hue, Brukswhisky DLX is between 9 – 14 years. 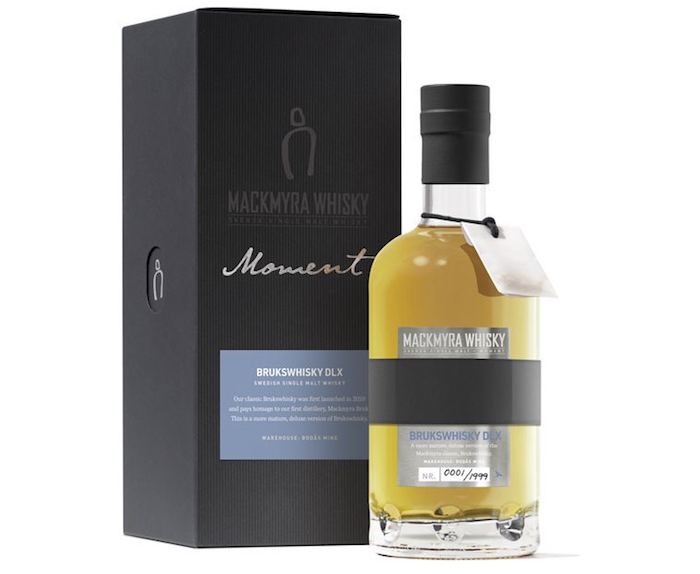 “Brukswhisky has always had a place close to my heart. To be able to present this edition that is so typical Mackmyra, is a celebration to the original but also stating that we are an established distillery. This is big,” Master Blender at Mackmyra Angela D’Orazio said in a prepared statement. “With increased age and a longer period in casks the complexity is also elevated, but with a reinvigorated freshness and fruitiness.”

The Mackmyra Moment series is a series of whiskies from the distillery’s most exclusive casks, handpicked by D’Orazio. Each edition comes in a black carton with a specific color scheme and a modern bottle design with an engraved metal plaque.

Moment Brukswhisky DLX has been released in a limited quantity of 1999 bottles, and has a retail price of €122,49 ($149.03 USD). More complete official tasting notes can be found below.