Japanese Whisky is Made in Japan. Right?

As with so many things, the answer is a little more complicated than you might think. 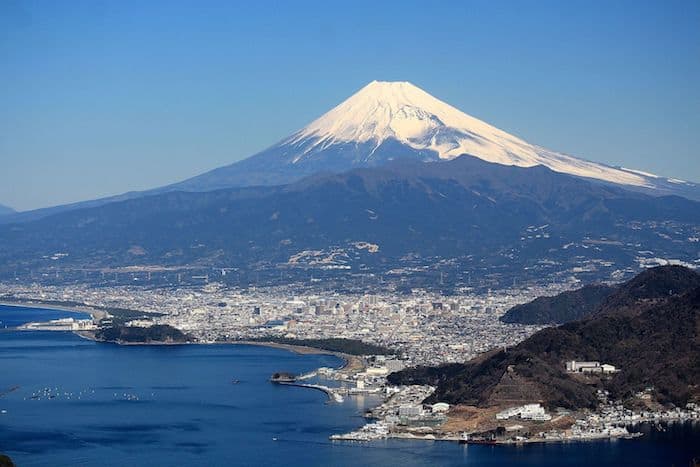 Some of the whisky you might be sipping while viewing Mt. Fuji may not, in fact, be Japanese in origin. (By Alpsdake (Own work) [CC BY-SA 4.0], via Wikimedia Commons)

Most whiskey-producing regions have a lot of regulations about how the stuff is made, but the rules are a little different everywhere you go. In Canada, it’s not whisky until it’s spent three years in a barrel, but it can be distilled to a proof Americans might call vodka. In the States, we can’t distill whiskey so high, but there are no rules about how long it needs to spend in the barrel.

And in Japan, regulations do not stipulate where a spirit needs to be distilled in order to be called Japanese whisky, which means some Japanese whisky includes whisky that isn’t distilled in Japan at all.  It’s not unusual for Japanese producers to buy bulk whisky from Scotland, Canada, or other places to blend it with their own distillate to create blended whiskies, especially today, when aged Japanese stocks are at an all-time low.

Importing whisky for blending is not a new practice in Japan. In fact, sourcing whisky from around the world has been part of the industry since its beginnings in the 1800s. Depending on the vagaries of tax law, Japanese distillers have routinely imported foreign whisky as well as other spirits for blending purposes, and Japanese law does not require them to declare the spirit’s country of origin on the label.

Another reason Japanese whisky makers look outside the boundaries of Japan for blending stock is the secretive nature of the industry. Two companies—Suntory and Nikka—dominate the Japanese distilling industry, and unlike the Scottish producers, they don’t sell blending stock to one another.

That means each brand needs to produce a lot of different styles of whisky on its own, so each production facility is designed to crank out a bunch of different flavor profiles, with pot stills, column stills, and a range of mash bills, yeast strains, and production processes. That sounds like a lot of work to me. No wonder the temptation of bringing in outside blending material is so tantalizing.

483
Shares
1.4k
Views
Share on FacebookShare on TwitterGet Our Newsletter
Get The Glenlivet 18 Year Old at ReserveBar. Shop now!