Glenmorangie looks to the Highlands for inspiration in its latest release of the Cadboll Estate single estate whisky.

This 15-year-old limited edition is the second batch release of Cadboll Estate single estate whisky and was created by Dr. Bill Lumsden, Glenmorangie’s director of whisky creation. He describes the creation as “deep and creamy” and he looks to “share the taste and spirit of Glenmorangie’s homeland with whisky lovers across the world, even if they are yet to visit the single malt’s beautiful, yet remote, corner of the Highlands.” 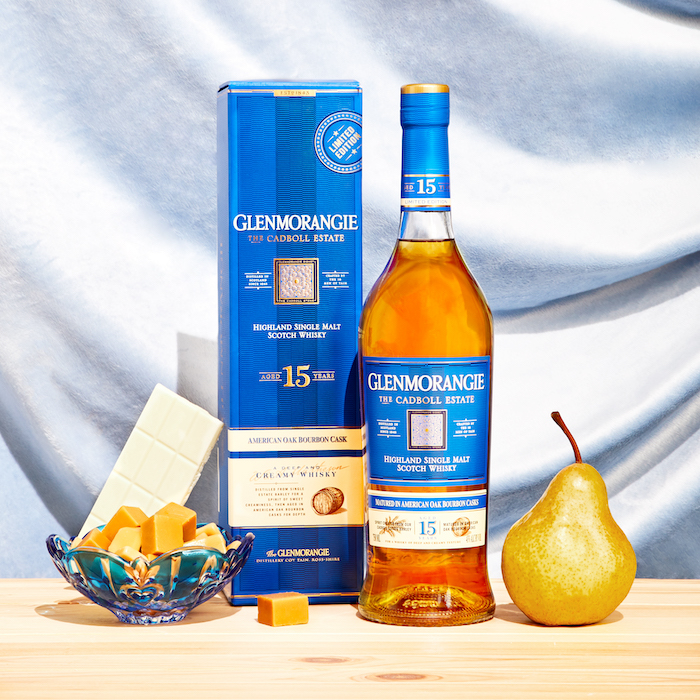 The new release was crafted from Glenmorangie’s own Cadboll Estate barley, grown in the fields surrounding its Highland home, and distilled in what’s described as Scotland’s tallest stills.

Glenmorangie is a coastal distillery, meaning the local land where the barley is grown is protected from hard inland frosts and extremes of weather, and is essentially in its own microclimate. In these conditions, every harvest is unique and brings what’s said to be subtle flavor differences to each batch of The Cadboll Estate.

In Batch #1, the distiller’s notes found aromas of honeycomb and notes of mandarin and eucalyptus alongside heather honey, butter candy, white chocolate, pear and apricot.

For Batch #2, they found the spirit to have distinctive creamy vanilla candy on the nose, with hints of orange blossom, ginger and cinnamon spice alongside poached pear in syrup, and zesty lemon.

Glenmorangie distillers also note that only enough barley can be harvested from the estate each year for one or two weeks of production at the Distillery, making the single-estate crop particularly rare.

Batch #2 is aged in hand-selected, first-fill American White Oak ex-Bourbon casks and comes in at 86 proof. Each bottle retails for $85. For more information, check out www.reservebar.com/products/glenmorangie-cadboll-estate-batch-2.