The realm of single estate whiskies is not typically something done among the bigger whisk(e)y brands of the world. It is more often something undertaken by smaller distilleries, such as a number of farm operations in the United States and Scotland. This isn’t say, however, that all larger brands don’t try something of this nature, which is precisely what Glenmorangie has done in announcing its first single estate whisky.

The new Glenmorangie The Cadboll Estate, according to those behind it, was distilled from barley grown on the Glenmorangie Cadboll Estate, located in the Scottish Highlands. Glenmorangie’s Director of Distilling, Whisky Creation & Whisky Stocks, Dr. Bill Lumsden, chose barley to be planted on the estate land surrounding the distillery. When it was harvested, he chose exactly how the grain would be dried and malted.

In 2004, in Glenmorangie’s signature copper stills, noted for being the tallest in Scotland, the whisky was produced. It was then transferred into a handful of American white oak, first fill bourbon casks to age in earth-floored warehouses at the distillery for all of its 15 years. 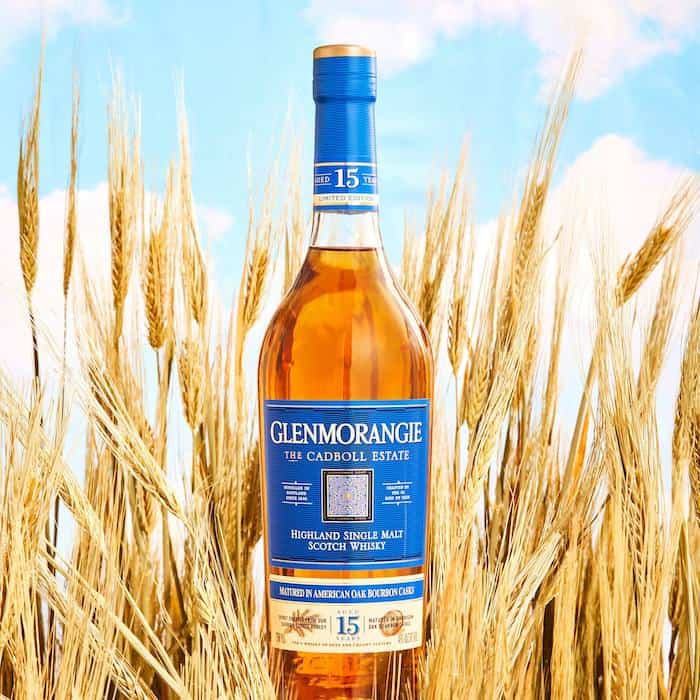 “I’m thrilled to be sharing our first single estate whisky, Glenmorangie The Cadboll Estate,” said Lumsden in a prepared statement. “I have personally guided every aspect of this whisky’s journey from grain to glass, right here at Glenmorangie. And you can taste the essence of our homeland in every deep and creamy dram.

“With its intense oaky nose and rich tastes of butter candy, white chocolate, pears and mandarin, I hope that Glenmorangie The Cadboll Estate will be enjoyed by whisky lovers old and new across the U.S., Canada and Mexico.”

This new single malt is chill filtered and bottled at 43%. It is set to be exclusive to specialist whisky shops in the U.S., Canada and Mexico starting at the beginning of March in limited numbers. You’ll find official tasting notes for it below.