The BenRiach distillery in Scotland, since its acquisition by American spirits company Brown-Forman, has seen an expansion of interesting Scotch whiskies coming to the United States for sale. One of the latest of these is a 21 year old bottling that’s been peated.

The BenRiach Temporis Peated Aged 21 Years, according to those behind it, is named after after the Latin word for “time.” It is said to emulate what the original character of Speyside malt whisky might have been in the 19th century, which is the whisky region of Scotland this distillery is found in. To this end what you have here is a over two decades old peated single malt that’s been draw from a rather eclectic mix of Bourbon barrels, virgin oak casks, and ex-Pedro Ximenez sherry and ex-Oloroso sherry casks. 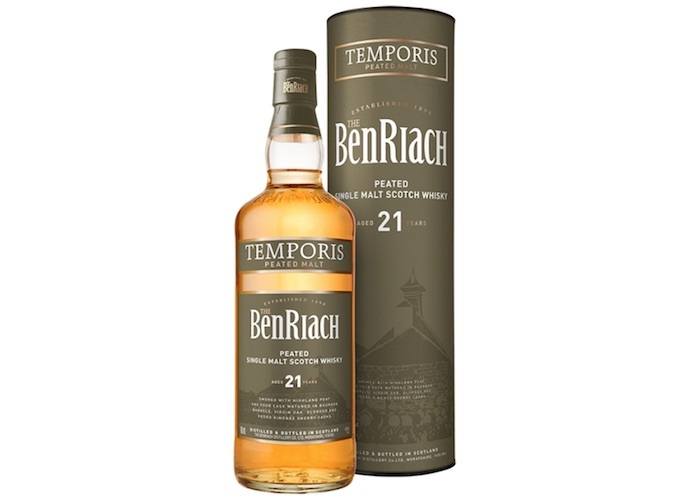 The resulting expression is bottled at 46% ABV and looks to be pricing around $265 per bottle. It began hitting domestic markets last month, and you’ll find limited official tasting notes below for your consideration from BenRiach. It joins the distillery’s core range of expressions, which also includes another 21 year old that was matured in a combination of four different cask types.