The Ardbeg distillery, based on Islay in Scotland, was established back in 1915. It went through some hard times in the 1980s and 1990s, but love for the peaty style of whisky emerging from here helped to keep things alive. Ardbeg has a well rounded range of both one off and more permanent expressions, and it is to this latter camp it is adding a new 19 year old bottling.

The new Ardbeg Traigh Bhan, according to those behind it, is a 19 year old Scotch single malt whisky that will be made available annually. Having been aged in American oak and Oloroso sherry casks, it is said this is the first time in 20 years the distillery will release an aged whisky that is a permanent expression, produced in a single batch each year. To mark this occasion, each annual batch of Traigh Bhan will feature a unique code on the carton, bottle and foot label. With so-called “subtle differences in flavour profiles” each year, Ardbeggians can research their batch code at the distillery’s website for more information on their whisky’s story.

“A new, permanent aged Ardbeg is a rare occurrence, and cause for celebration,” said Dr Bill Lumsden, Ardbeg Director of Distilling, Whisky Creation & Whisky Stock, in a prepared statement. “We hope that, by slightly tweaking the batch recipe year-on-year, Ardbeggians can have some fun exploring the finer details of this ever-changing dram.” 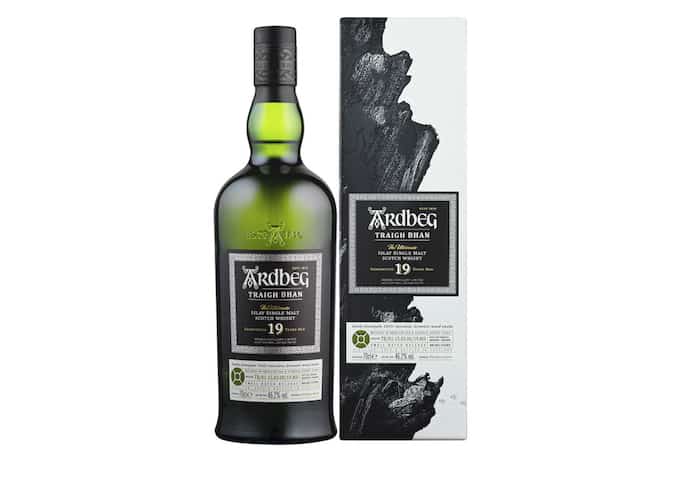 As it stands now plans call for Traigh Bhan to be bottled at 46.2% ABV and price around $300 per 750 ml bottle. You’ll find some official tasting notes below for your consideration. It should be noted as well that the name of this Scotch is drawn from a local Islay spot with “white soft sands that sing beneath your feet.”