Aberlour has unveiled a new release exclusive to the US, a bourbon barrel-aged single malt called Aberlour A’bunadh Alba.

The distillery has been better known for its sherry-aged whisky, including Aberlour A’bunadh, a yearly sherry cask-aged single malt that the distillery first rolled out in the 90s. The new bourbon barrel-aged expression is the first extension of the A’bunadh lineup.

Like its sherry-aged predecessor, A’bunadh Alba is a cask-strength, non-chill-filtered, non-age statement expression. It is aged entirely in first-fill American oak ex-bourbon casks, which is said to impart “a complex mix of sweet baked apples notes alongside crisp citrus flavors.”

The name A’bunadh Alba was well thought out; A’bunadh means “of the origin” in Scottish Gaelic, while Alba means “Scotland.” Alba, however, is also a reference to Quercus alba, the scientific name of American white oak, whose wood bourbon barrels are made of. 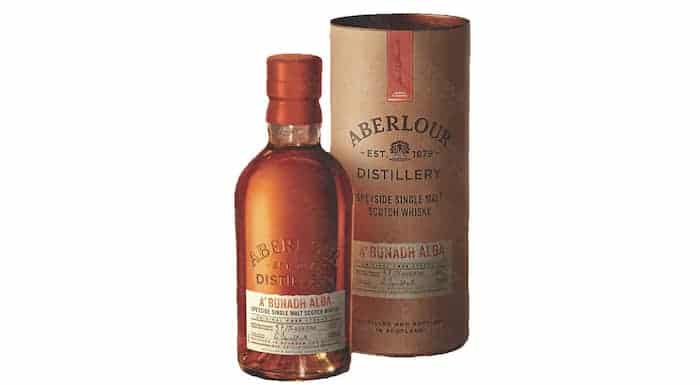 “Alba is the perfect counter-point to the classic A’bunadh, while still offering those familiar sweet, fruity notes which are rooted in the new spirit’s DNA,” said Graeme Cruickshank, master distiller at Aberlour, in a prepared statement. “There are, however, stark differences in color and body, which should intrigue A’bunadh devotees and welcome new drinkers to the concept we lovingly know as ‘the original.'”

The distillery’s official tasting notes are as follows:

This new expression will be a permanent part of Aberlour’s portfolio, and is available nationwide at a suggested retail price of $90.