Pernod Ricard’s Irish Distillers division is best known for being the brand home of Jameson, the world’s fast growing Irish whiskey. Given this, it reasons they wouldn’t need to do much in experimentation to continue their current growth trajectory, but of late they’ve decided to try a new line of whiskeys which are each unique in how they push the boundaries of the Irish whiskey category. Enter the Method and Madness whiskey family. 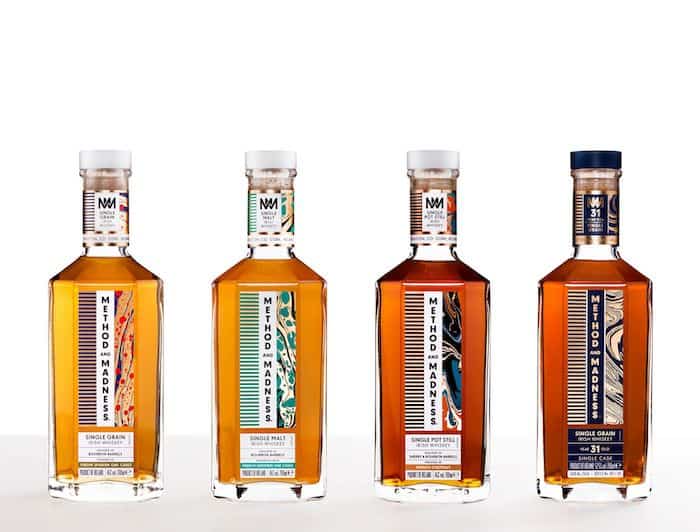 “At the Midleton Distillery, we are committed to innovation and experimenting with new whiskey styles,” said Brian Nation, master distiller at Irish Distillers, in a prepared statement. “We are also invested in training and nurturing the next generation of Irish whiskey makers and this project really brings that commitment to life.”

The passing on of knowledge and skills is part of our DNA from our long line of master distillers, to the generations of coopers that served their apprenticeships at the Midleton Distillery. In fact, this summer our apprentice cooper, Killian O’Mahony will become our first qualified cooper in over 40 years.”

Plans call for all but the 31-year-old to be available starting next month, with pricing dropping at around $55 (single grain), $75 (single pot still) and $85 (single malt). The older expression, meanwhile, will release in April and prices around $1,600.

Here are more details on each directly from Irish Distillers, including tasting notes: