Effects of Climate Change On Whiskey Taste Being Studied By Distilleries

An Irish distillery and family-run whiskey operation in Colorado teamed recently up to study how weather conditions and climate affect the taste of whiskey matured 7,000km apart.

Both Boann in Co. Meath and Talnua in Colorado simultaneously filled a total of 14 casks due to mature in 2026. They are both using the same recipe, containing ingredients from their local environments.

The experiment will explore how the Irish and American climates will influence the finished, single pot still whiskey once it’s bottled in five years. 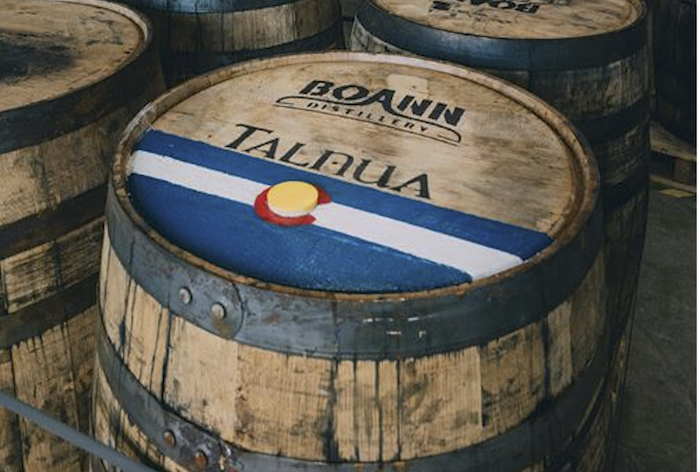 “This is much more about experimentation than a commercial enterprise,” said Peter Cooney, co-founder of Boann, whose World’s Best mashbill recipe is being used by both distilleries, in a prepared statement. “We are sharing exactly the same recipe and types of barrel. But Colorado has a dry climate in a high-altitude, desert environment with low humidity, as opposed to our more stable mild, wet climate. The maturation conditions will be very different so we want to see exactly how that will influence the flavours in five years’ time.”

Talnua owners Patrick and Meagan Miller met the Colorado-based distillery when Boann’s Global Export Sales Manager, Matt Healy, met and interviewed the Millers in Arvada, Colorado, while on business in the US.

Both distilleries kept in touch and in early August of this year tey started the project. They both filled their casks with spirit containing 40% malt, 55% unmalted barley, 3.75% oats and 1.25% rye.

“These kind of projects are what distillers really get excited about,” said Patrick Miller. “A collaboration bringing a Single Pot Still Whiskey project across the Atlantic showcasing the difference in flavour profiles between Ireland and Colorado is truly special. It’s an amazing project that highlights the Irish-American bond.”

Around 2,800 litres will be available by the autumn of 2026, and whisky enthusiasts will be able to buy two 375ml bottles, one from each distillery, paired together in one pack.