One angle of making whisk(e)y which requires a good deal of finesse is the art of cask finishing. Taking a likely ready to bottle whiskey and putting it into a barrel for further aging can easily go wrong in the flavor profile if careful attention is not paid. Great Plains Craft Spirits out of Calgary, Alberta seems to know what they are doing, having just gotten a nod for best new whisky at the recent Canadian Whisky Awards.

The Great Plains Craft Spirits 18 Year Old Jerez Brandy Finished Whisky, according to those behind it, won Gold and Award of Excellence for Best New Whisky at the 2020 Canadian Whisky Awards. This is quite an impressive feat for a distillery that’s only been around since 2016.

As for the back story of the expression itself, it is said by the distillery that they “acquired several batches of 17-year-old 100% corn whisky originally from the old Potter’s distillery in Kelowna B.C. One batch was then transferred from the original bourbon barrels to twenty-two freshly emptied vintage Brandy de Jerez casks.

“Then, after more than twelve months of finishing, it was blended and bottled at high proof (54.5% ABV) without colouring or chill filtering.” 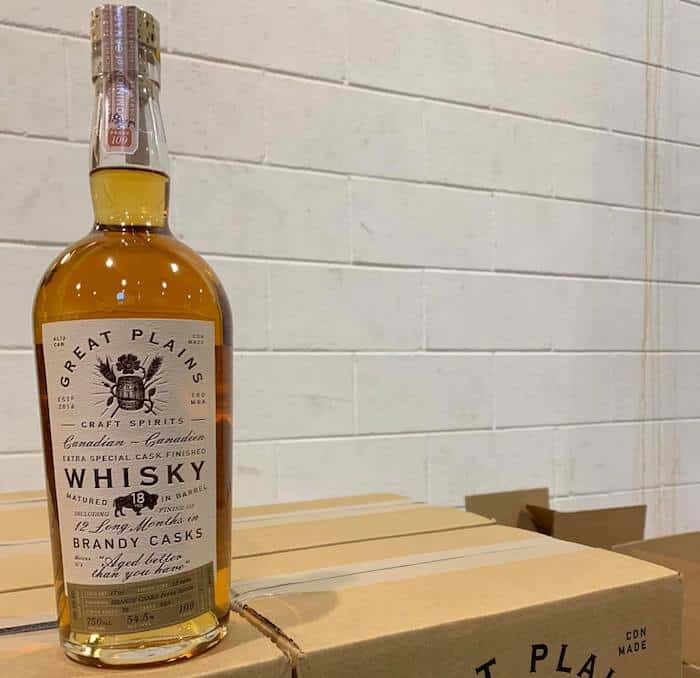 “As a new company, we are extremely grateful for the recognition of our debut product,” said Victor Mah, Vice President of Great Plains Craft Spirits, in a prepared statement. “It’s a culmination of over three years of passion and hard work. But we’re even more excited about the other unique products in development. We have another batch of 17-year-old whisky from the same distillery that is in the process of a 24 month long finish in vintage Cognac barrels that were re-coopered to a small size!

“We also have a very special and rare 34 year-old whisky that’s currently finishing in Armagnac Barrels. Our goal is to produce limited runs of interesting whiskies that appeal to enthusiasts who can appreciate the uniqueness of our products. Our limited-run whiskies are custom crafted with expressions that simply aren’t available from the large producers.”

Great Plains describes itself as a specialist that focuses upon sourcing and finishing “small lots of well-aged Canadian whiskies in select barrels from European regions like Jerez, Cognac and Armagnac.” There whiskies look to be available in just Canada for the moment.