Aging And Finishing Whiskey In Fortified Wine Casks Is An Art

There’s only so much flavor that can be squeezed out of grain, yeast, water and the distillation process. For all that is rightfully said on the importance of each of those components, they collectively account to a minority share of the dram you just poured.

Dr. Bill Lumsden, director of distilling and whisky creation at Glenmorangie Co., attributes approximately 60% of a whiskey’s final flavor to the wood of the barrel. Sometimes less, for say, the highly peated Scotch he oversees at Ardbeg, sometimes more. In either case, he says the wood is always “critically important.”

Lumsden was discussing a limited edition American made single malt that he collaborated on with George Washington’s Distillery at Mount Vernon, along with John Campbell and Andy Cant. There, he opted to finish the whiskey in a Madeira cask, describing the choice as a way “to jazz up the flavor” of what they were producing. 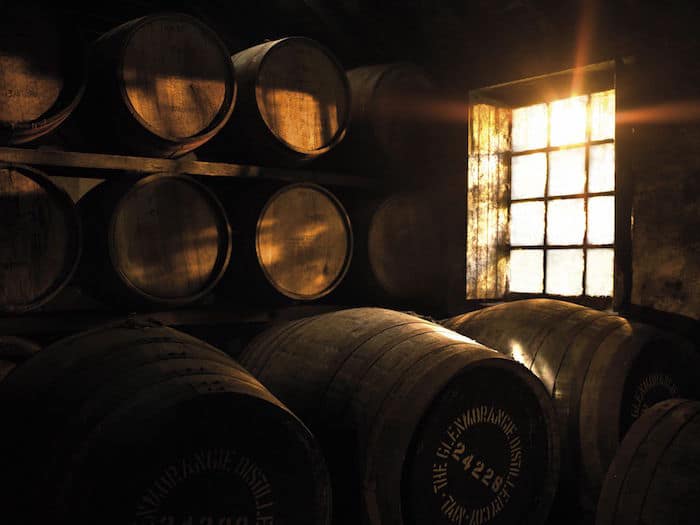 Of course, no brand in the whiskey world is more well known for its finishing process with a range of unique casks than Glenmorangie. Lumsden sources highly touted wine casks from various regions in France, but also makes good use of what is more common than used wine casks elsewhere across the industry, used fortified wine casks, predominately Sherry, but also Madeira, Port, and others.

Scotch is still predominately aged in ex-bourbon casks made from American oak. The barrels impart hints of its heritage, such as vanillans which offer bourbon its caramel and vanilla profile. Fortified wine casks impart distinct traces of their own heritage; raisins, red fruits such as plums, nuts, wine tannins, and in certain cases, some of that earthy rancio funk, along with a typically darker coloration as well. (Not to mention the difference between the woods themselves; American and Spanish oak, or French and Japanese oak for that matter, which warrants its own discussion on a later day.) 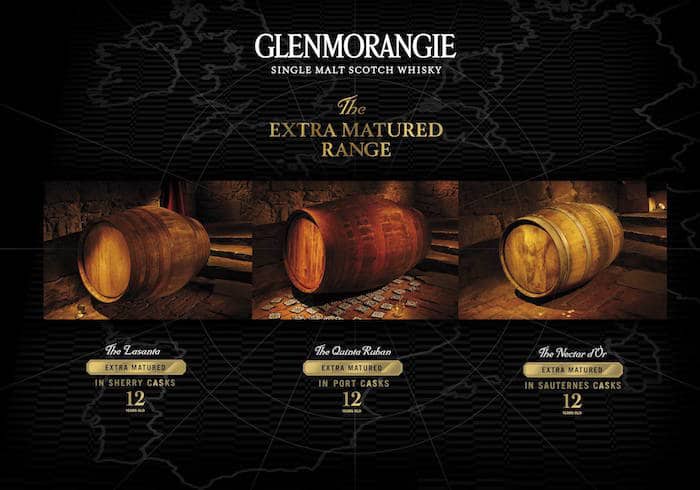 The Macallan is a brand famous for its Sherry cask aging, and national brand ambassador Craig Bridger estimates that The Edrington Group, Macallan’s parent company, has roughly 90% of the first fill Sherry casks in Scotland. Beyond the Macallan, which receives the lion’s share of those barrels, their other brands such as Highland Park and The Famous Grouse benefit from them as well. 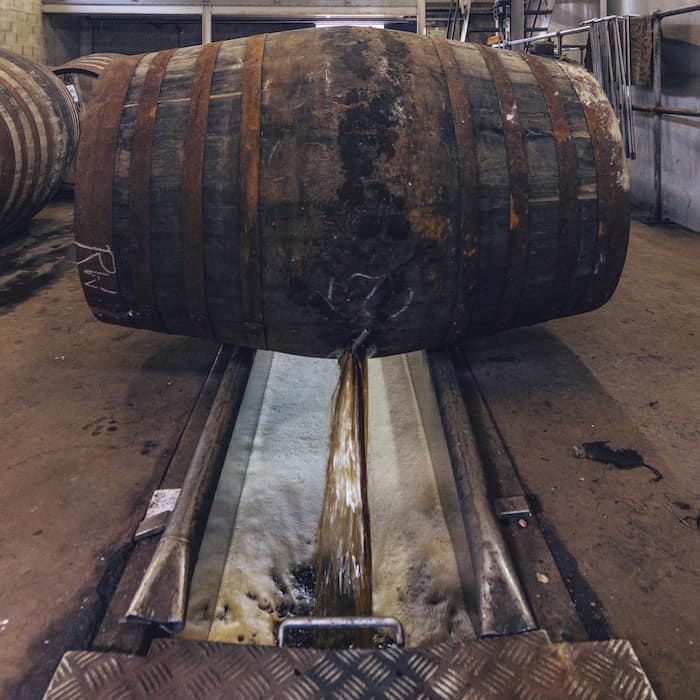 A Macallan cask being emptied (image via The Macallan)

The Macallan seasons their casks with Sherry, which means that the barrels are filled with Sherry for the sole purpose of then being used to age their Scotch. This is as opposed to used bourbon barrels which were purposefully used to age that bourbon and then received a second life.

As an example of the influence of Sherry cask aging, take the Macallan Rare Cask, a newer NAS edition to the brand’s lineup. It consists almost entirely of first fill Sherry casks, offering a luscious and smooth profile dominated by red fruits, nuts and other signature Sherry notes, along with a stunning ruby red color in the glass.

Brands such as Glenmorangie, the Macallan, Aberlour and others are well known for their usages of fortified wine casks, but even brands who at first glance aren’t associated in that same way also make excellent usage of those types of casks.

Take Bowmore for instance. A quick game of word association probably would lead one to first describe their Islay whisky as either “peaty” or “smoky”. Yet Bowmore 15 is finished for three years in Oloroso Sherry casks, Devils Casks is aged entirely in Oloroso and PX Sherry casks, and Bowmore 23 is aged exclusively in Port casks, to name a few of their smoke & Sherry mash-ups. 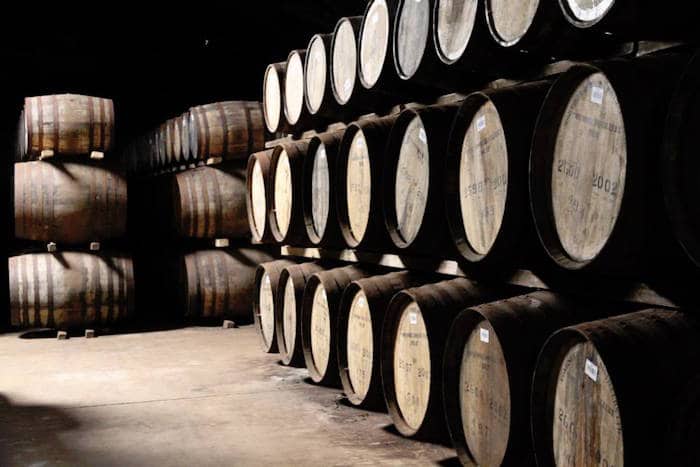 Some of the casks at Bowmore (image via Bowmore)

Fortified Wine Casks Across the Globe

In Japan, brands such as Suntory produce a diverse range of whiskies to be used in their blends, calling upon myriad combinations of still shapes and sizes, as well as barrels with different wood types and heritages, as opposed to Scotch blends which grab up different single malts and single grains from multiple producers.

So it is that with Hibiki Japanese Harmony, a unique collection of players including both stars and those with bit roles, emerge to form the whole, and a sum greater than its individual parts. A tasting of its components showcases everything from a smoky malt whisky, a tiny piece of the blend, to a fruity, floral grain whisky, the majority of the blend by volume.

Elsewhere in Asia, look no further than Kavalan, from the King Car Group, a Taiwanese producer which has quickly risen to global prominence in the past several years. They emphasize barrel selection from a broad range of heritages, producing highly touted releases such as Kavalan Solist Sherry Cask, matured in Oloroso Sherry casks, Kavalan Solist Fino Sherry Single Cask, and the Concertmaster Single Malt, finished in a combination of Ruby Port, Tawny Port and Vintage Port casks.

Fortified wine casks are working their way into the American scene as well. Woodford Reserve’s Master’s Collection has produced offerings such as Four Wood Selection, including bourbon in part finished in both Sherry and Port casks, while Jim Beam’s Distiller’s Masterpiece is finished in PX Sherry casks.