Crown Royal, as far as Canadian whisky goes, has long been a favorite in the United States, particularly in Texas. It is there, nearly 60 years ago, Canadian oil workers making the trek to work in the Lone Star State brought their nation’s whisky with them, ultimately helping establish it as a category leader among locals. The brand is now giving back to Texas through the introduction of its first ever limited-edition release of Crown Royal Texas Mesquite.

Crown Royal Texas Mesquite, according to those behind it, combines the smoky flavor of locally sourced Texas mesquite wood with what’s said to be the well known smoothness of Crown Royal De Luxe. This 80 proof Canadian whisky comes in the signature box and bag that consumers have grown to know, and incorporates red, white and blue hues and, for those who snag a bottle in Texas, the Lone Star is featured on the bag. 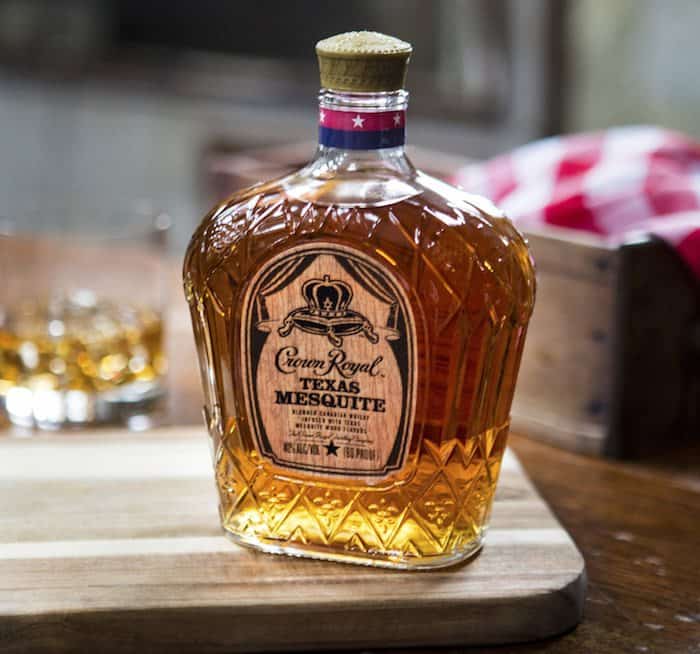 “Texas continues to be a special place for Crown Royal, so it was fitting to create a variant that harnesses the loyalty of all those fans,” said Nicola Heckles, Brand Director of Crown Royal, in a prepared statement. “With Crown Royal Texas Mesquite, we welcome another unique innovation into the thriving Canadian whisky category, which furthers our commitment to diversifying our portfolio and offering a range of products to suit a variety of tastes.”

This whisky, besides being available in Texas, can also be found for around $25 in California, Colorado, Florida, Illinois, Indiana, Kansas, Louisiana, Maryland, Nevada and Tennessee. You’ll find official tasting notes for it below. It should be noted as well this isn’t the only major brand of late to embrace Texas mesquite – Wild Turkey debuted Longbranch bourbon earlier this year, which is filtered in part through charcoal made from Texas Mesquite wood.