More than a decade ago, Canadian distillery Shelter Point got into the whisky game. A lot has changed in the world since 2011, but the distillery was committed to craft, quality, and time.

That time is now for Shelter Point’s recent unveiling of its inaugural 10-Year-Old edition of Cask Strength Single Malt release.

Shelter Point uses a custom-designed copper still to make the liquid, which comes from a mash bill of 100 percent malted barley. It’s distilled in small batches … twice. Then, it’s aged in ex-bourbon American oak casks for a decade, and bottled at cask strength of 115.6 proof. The artisanal cask-strength whisky has a limited run of less than 430 bottles. 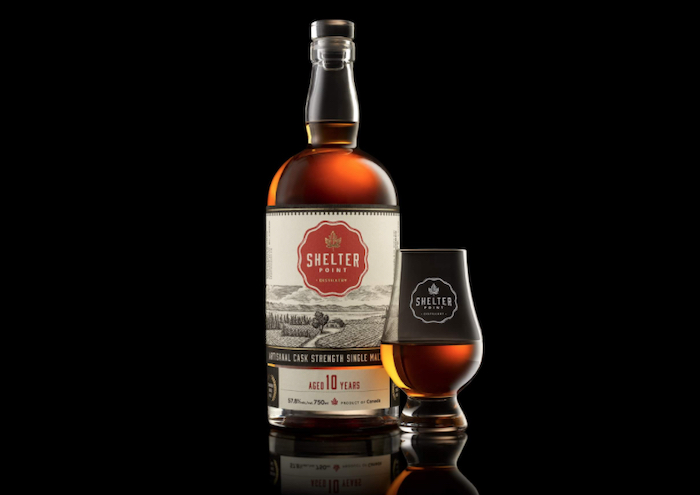 Cask Strength 10 is available in 750ml bottles, each featuring an original engraving of Shelter Point Farm created by illustrator Steve Noble. It has a suggested retail price of $150 CAD.

Shelter Point Distillery is located on 380 acres in Oyster River, British Columbia, about halfway up the eastern coast of Canada’s Vancouver Island. The farm features fertile fields to grow the barley, a large underground aquifer to provide naturally filtered water and crisp sea air compliments of the Salish Sea. They practice traditional Scottish distilling methods in a state-of-the-art facility.