A Horse Farmed Rye Whisky Emerges From A Canadian Field

Canada’s Eau Claire Distillery is a rather fascinating operation because, as we chronicled several years ago, they are known for making use of draft horses in helping to plant malting barley for their single malt whisky. The distillery has some other whisky in its portfolio as well we recently learned about, taking the form of a new rye expression that’s been horse farmed too.

The new Eau Claire Ploughman’s Rye Whisky, according to those behind it, is done as a “nod to Alberta farm pioneers that has shaped the province’s agriculture.” Rye is a huge crop in Alberta, and is the backbone of the vast amount of rye whisky that comes from Canada. What the distillery has produced with “traditional horse-farming practices” is said to be the first horse-farmed rye since the turn of the century.

“This unique rye is the only one in the world that uses horse-farmed rye,” said David Farran, President of Eau Claire, in a prepared statement. “It was grown in a field at the Bar U Ranch National Historic Site near Longview, Alberta. You don’t get more Alberta than that.” 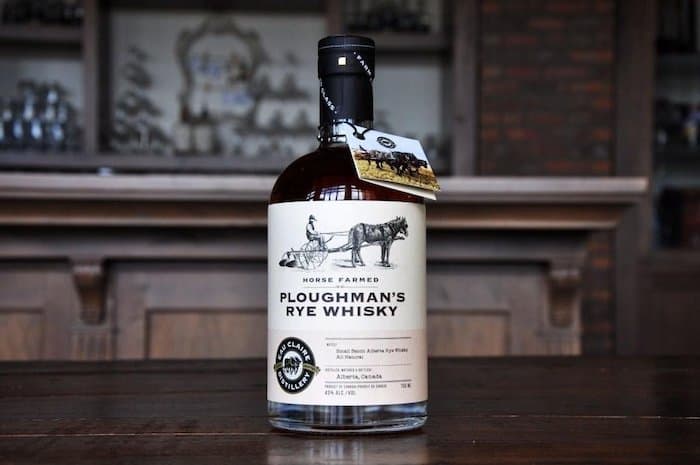 Described by those at the distillery as “an approachable, smooth sipping rye that can be enjoyed on its own or in your favourite brown spirit cocktail,” Ploughman’s Rye has official tasting notes that speak of marrying “the quintessential sweet, spicy notes of rye whisky with the robust, deep flavour of Eau Claire’s signature whisky.” This is in part due to the fact this whisky was first aged in new American oak barrels before being finished in casks from a previous batch of Eau Claire’s single malt whisky.

Ploughman’s Rye is a limited edition release at the distillery in Alberta, as well as select liquor stores in this Canadian province. There was no immediate mention if bottles of it might trickle out to other markets.

32
Shares
836
Views
Share on FacebookShare on TwitterGet Our Newsletter
Cheers to the Dads! Personalize a bottle of his favorite whiskey to create a modern gift for the modern man. Use code: FATHERSDAY20 for $20 off your next order of $100 or more at ReserveBar