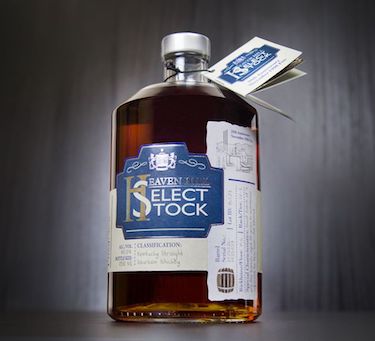 A sample of this bourbon was provided to us by Heaven Hill. The Whiskey Wash, while appreciative of this, keeps full independent editorial control over this article.

Twenty years ago on the afternoon of Nov. 7, unseasonably severe weather roiled Bardstown, Kentucky, with heavy rains, high winds, and lightning. It’s suspected a bolt of the latter electrified the metal-clad whiskey Warehouse No. 1 on the campus of Heaven Hill Distillery, setting its intricate wood inner-frame and high-proof contents aflame.

It didn’t take long before the fire became a conflagration as whiskey barrels exploded, releasing a river of flaming whiskey that flowed onto the ground and toward other rickhouses. Two hours later, seven rickhouses were on fire and the site’s historic distillery was engulfed in wind-driven flames leaping 350 feet into the air. Knowing the flames wouldn’t abate until they consumed all that precious whiskey, fire crews turned hoses onto nearby rickhouses to keep the fire from spreading. All told, 90,000 barrels were lost, fully 2 percent of the world’s whiskey supply at the time. Fortunately, no lives were lost.

(Expect a detailed feature story on the fire on The Whiskey Wash later this week.)

Twenty years later, Heaven Hill is commemorating the tragedy with the release of Heaven Hill Select Stock 20th Anniversary Fire Edition. The limited-edition bottling is available at its Bourbon Heritage Center in Bardstown and at limited number of Kentucky retailers. The whiskey in this bottling came from four barrels housed in Warehouse V, which was adjacent to rickhouses lost in the fire.

Nose: Opens with rich toffee and vanilla, marzipan, hints of cocoa, dark fruit and banana; some tobacco and leather emerge, followed by oak and brewed tea.

Palate: Entry is soft and warming; delicate oak and caramel emerge, backed by toffee, orange and toast. The oak is emboldened by a second sip, but not astringent. Finish is warm and easy, but a bit short, yet that just invites more sips. Close your mouth and exhale through your nose to taste wild cherry, a bare hint of baking spice and some mineral notes. A few drops of water create a sturdy mouthfeel, brightens the oak note and releases a bit more tingle in the throat.

This is a delicious whiskey, marvelously full flavored and nicely balanced. The more it lingers on my palate, the more I want to sip it again. For a 20-year expression, it’s amazingly not-abused by oak or time or the many hot years it rested in Heaven Hill’s ambient temperature rickhouses. I find it hard to say what’s worth this price or that, but $199 is out of my price range. Yet if you have the discretionary cash and want to treat yourself and some friends to an historic and terrific sipping experience, go big and get this—if you can find it.