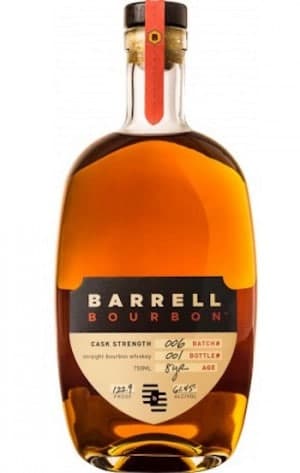 There are some people with whom you have The Vortex.

You meet at 4 p.m, and then snap! It’s 3 a.m. and you’re still going strong, not from alcohol, but from your conversation like atomic bombs colliding. Normally you’d tear into the food in front of you as a means to an end, but it takes you 30 minutes to order despite the persistence of the wait staff and the patrons impatiently awaiting your seats. That menu? You push it aside like the third wheel it is.

And it’s a good thing you like your whiskey neat, because that ice would have melted long ago—hell, it would have evaporated—because you are slammed into discussion. Maybe you took a sip when that glass  arrived, but that somehow wasn’t your first priority even though you’re one of the fastest drinkers you know.

And then a time later you come up for air and pick up that neat whiskey and wow! It was nice at first sip but has it ever improved by its god-given right to sit there and mellow and warm to your conversation.

You know that glow of an evening where the temperature is neither hot or cold, and you could sit outside forever? And the breeze rushes over you just right such that you don’t notice it, and it sets the mood like the best possible soundtrack?

Several months ago, we reviewed the Barrell Bourbon Batches 4 and 5, and were impressed, giving then an 89 and 91, respectively. We’ve also talked to Barrel’s founder, Joe Beatrice. Barrell is a relatively new producer that bottles all their whiskies at cask strength. Barrell 006 has a mash bill of 70 percent corn, 26 percent rye, and 4 percent malted barely. It is distilled in Tennessee, and has been aged low in the rickhouse in charred new American Oak for eight years and six months.

Appearance: It’s got a hint of red, bringing to mind a well-cared for chestnut horse at full gallop.

Nose: When I see a whiskey so deep in color, I often expect the nose to punch me in the face. This doesn’t. It’s subtle: Pie cherries, homemade marshmallow, lightly caramelized corn.

Palate: Whoa, Nellie! This shit is smooth! It coats the tongue. No off flavors whatsoever. I don’t eat speculoos cookie butter, but I imagine that has the same mouth feel this does. Thankfully, the 006 is not cookie butter-sugary. It’s sweet, but doesn’t attack you with it.

Finish: For such a high proof spirit, there’s nothing harsh about this. Even when you hold it in your mouth, it doesn’t burn.

Barrell 006, you are so dark and dangerous! This bourbon is deceptively smooth: It is the spy of bourbons. It will create a vortex. It will get you to do anything. It makes me excited for Barrell 007—though I can’t imagine it nearly as dashing…