The Macallan Parent Company Brings Wyoming Whiskey In From The Frontier

Wyoming Whiskey is something of a success story in that this spirit made in the state with the smallest population in the United States has gained for itself quite a following wherever it is sold. This is something Scottish whisky company Edrington, known for its ownership of brands The Macallan and Highland Park, among others, has taken notice of. It was recently announced they had formed what’s being termed a “strategic partnership” to broaden the reach of the American whiskey label.

The partnership will result in Edrington assuming all sales, marketing and distribution of Wyoming Whiskey products, which include its Small Batch Bourbon, Outryder Straight American Whiskey, Single Barrel Bourbon, Barrel Strength Bourbon, Double Cask sherry-finished bourbon and a few limited release, special edition whiskey offerings. Production of all of these whiskeys will remain, however, in Wyoming, with it being emphasized that “all mash bills will use Wyoming grains, and all water will continue to be sourced from the same limestone aquifer.” 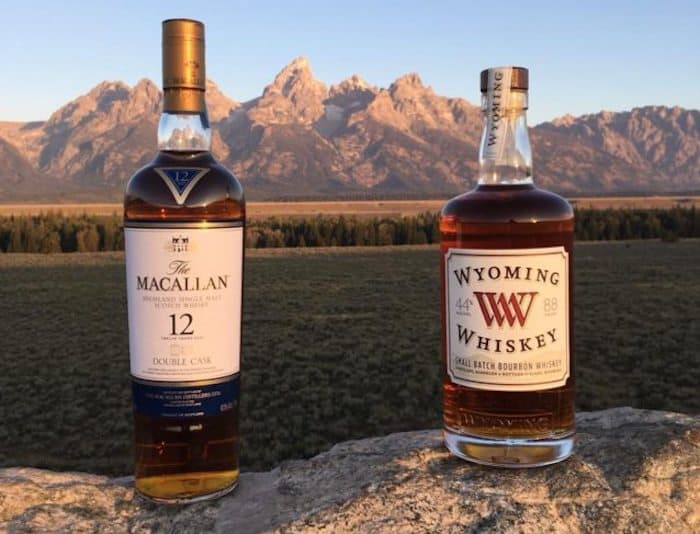 “For decades,” said Brad Mead, Co-Founder and CEO at Wyoming Whiskey, in a prepared statement, “I’ve considered The Macallan to be the gold standard of Scotch Whisky. To see WW alongside The Macallan, Highland Park, and the entire lineup at Edrington’s headquarters in New York is still a bit surreal, but I know we’ve earned it.”

“With Edrington,” added Co-Founder and COO David DeFazio, “Wyoming Whiskey will be offered opportunities that we could not have achieved on our own. Our brand can now grow nationally without the practical limitations that we faced as a stand-alone distiller. And we are able to do this through a strategic partnership with a company that is aligned with us culturally, not by selling out.”

The investment by Edrington is one of several, such as Diageo and Oregon based House Spirits, we’ve seen of late as American craft distilleries mature. Wyoming Whiskey, for those unfamiliar with it, was founded by 4th generation cattle ranchers Brad and Kate Mead. Keeping it in the family, their son Sam Mead is their distiller. Sourcing non-GMO grains locally is a big deal for this brand, as corn, winter wheat, winter rye, and malted barley are all grown by Brent and Sherri Rageth, local farmers that are “a short haul from the distillery.”