Bardstown Bourbon Company, as 2019 progresses along, is slowly bringing out more and more releases to showcase this Kentucky distillery’s skills at both distilling and blending. We saw this first hand with the earlier debut of their Fusion Series, and now they are bringing forth to complement this their new  Discovery Series.

The new Bardstown Bourbon Company Discovery Series #1, according to those behind it, is a display of how cross function discipline integration works at a distillery such as this. The team behind this release, led by master distiller Steve Nally, a 40-year veteran of the spirits industry, Kentucky Bourbon Hall of Fame member and former master distiller at Maker’s Mark, included John Hargrove, vice president of manufacturing operations and former master distiller at Sazerac and Barton 1792; Dan Callaway, director of bourbon education, visitors experience and product development, and certified sommelier by the Court of Master Sommeliers; and Bottle & Bond Kitchen and Bar executive chef Felix Mosso, formerly chef de cuisine at the Greenbrier Resort. 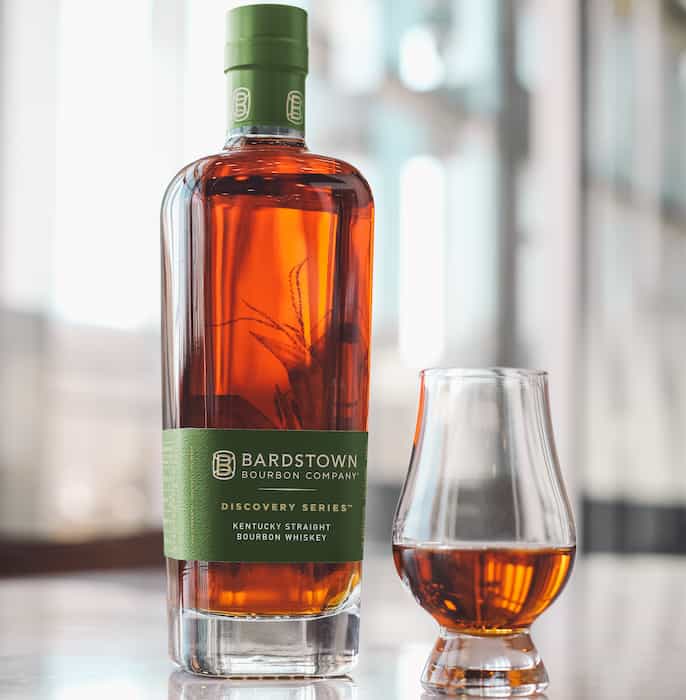 This group is said to have “blind tasted more than 30 blends of some of the finest Kentucky bourbons to arrive at a final expression with a complex nose, rich palate and balanced, lasting finish. Discovery Series #1 is an artful combination of deep tobacco and leather notes from the 11 and 13-year-old bourbons, baking spices from the 10-year-old bourbon, and bright fruit from the 5-year-old bourbon.”

“With Discovery Series #1, we’ve produced a blend that can rival any product on the market,” said Nally in a prepared statement. “The final result is truly greater than the sum of its parts. We’ve taken four great Kentucky bourbons and crafted them into one spectacular bottle.”

“We’ve taken the art of blending to the next level by employing a diverse group of experts to develop our products,” added Hargrove. “It’s a new approach from one of the most innovative whiskey distilleries in the country.”

As it stands now plans call for Discovery Series #1, bottled at 121.21 proof, to be a limited edition offering that prices around $130 per 750 ml bottle. It will be available in Kentucky, Indiana, California, Florida and parts of Tennessee.