Bardstown Bourbon Company, as we recently explored in an in-depth interview with their CEO David Mandell, is an up and coming craft distillery in Kentucky that’s part distiller of their own product and part whiskey maker for the brands of others. It is in the former camp that the distillery has just stepped, announcing a new Kentucky straight bourbon that includes some whiskey they distilled themselves.

The new Bardstown Bourbon Fusion Series #1, according to those behind it, is a blend of Bardstown Bourbon Company’s estate-made, two-year-old wheat and high-rye bourbons, with an 11-year-old sourced Kentucky bourbon. It has been bottled at 98.9 proof and is available in Kentucky and Indiana now, with plans in the next several months to extend sales to California, Florida, Tennessee and Illinois. 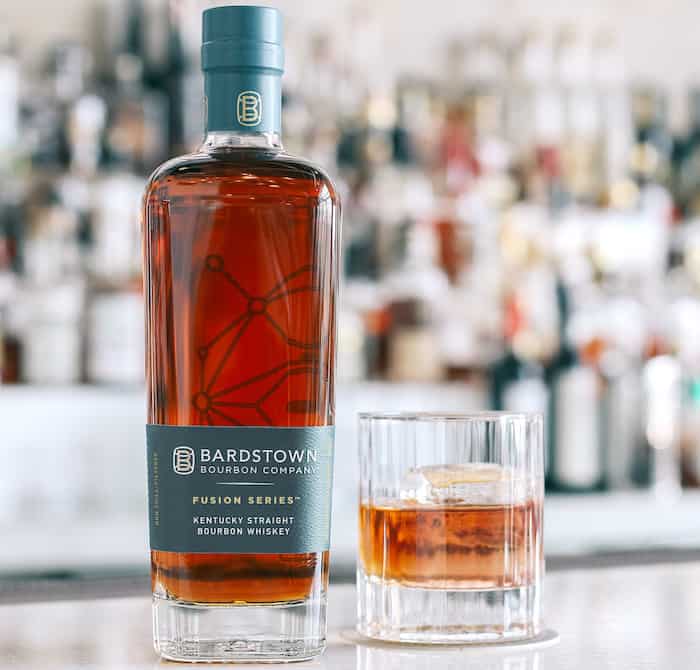 Fusion Series #1 is said to be a result of collaboration between the distillery’s distilling, beverage and culinary teams. It came about after more than 50 blends were blind tasted to arrive at the final product. This kind of collaboration, as Mandell noted to us in the interview, is a key element of the operating mission at Bardstown.

“We are a new blend of bourbon makers pushing the boundaries through innovation, while honoring the traditional art of making whiskey,” said Mandell in a prepared statement. “Bardstown Bourbon Fusion Series #1 is a celebration of our distillery, beverage and culinary teams working together to create spectacular bourbon.”

“Our new approach to bourbon making and blending is unlike anything I’ve ever seen in my career,” added Bardstown Master Distiller Steve Nally. “With Bardstown Bourbon Fusion Series #1, we’ve produced one of the finest bourbons on the market.”

As it stands now plans call for this bourbon to price around $60 per 750 ml bottle. Limited official tasting notes suggest “an exceptional nose, a rich palate and a balanced, lasting finish. The synthesis between young and aged bourbon creates a one-of-a-kind blend. The lively fruit and spice of the two-year-old Kentucky bourbon counters the leather, roasted nuts and rich caramel of aged Kentucky bourbon.”

It should be noted as well Bardstown Bourbon Fusion Series #1 follows on the heels of at least two other distillery releases in recent years, including one finished in ex-red wine casks as well as two expressions done in collaboration with Kentucky brandy distillery Copper & Kings.