Among the many collectible bourbons released each year by various distilleries, the vast majority tend to belong to the big guys out of Kentucky. There are a handful of craft distilleries, however, who offer up their own highly sought after bottlings, and one of these happens to be Garrison Brothers out of Hye, Texas. Known for their normally high octane bourbons, the yearly Cowboy Bourbon is step or two hotter then that and one that tends to quickly sell out wherever it goes on sale. 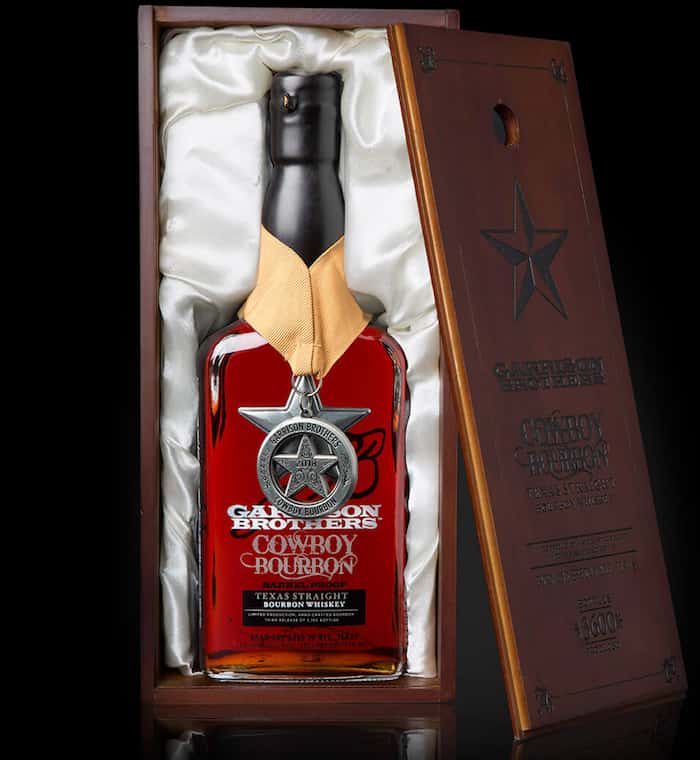 The Garrison Brothers 2018 Cowboy Bourbon, according to those behind it, drops in this year at a mouthwatering 134 proof. As to how this year’s release came into being, here’s what the distillery had to say on it in a prepared statement:

In 2012, master distiller Donnis Todd filled 2,222 barrels with 124-proof “white dog.” In 2016, when the barrels reached four years of age, Todd tasted his way through them and selected 208 for use in the 2017 Single Barrel “choose your own barrel” program. While he tasted his way through those barrels, he discovered 182 barrels that he fell in love with for various reasons. Todd refers to these barrels as his “piggy banks.”

“Piggy banks are rich, dark, sweet and exquisite,” said Todd. “We set those barrels aside at the distillery in a secret barn that shall forever remain anonymous and mysterious.”

Plans call for 500 bottles of the 2018 bourbon to be released at the distillery, which will likely be long sold out by the time you read this. 2,500 further bottles will be distributed to Texas liquor stores, bars, and restaurants, and 1,725 bottles will be distributed to the other 25 states and military bases where Garrison Brothers is sold. Each bottle comes packaged in a decorative wooden box with a weighty pewter medallion emblazoned with the release year around the bottle’s neck.

161
Shares
1.6k
Views
Share on FacebookShare on TwitterGet Our Newsletter
Get The Glenlivet 18 Year Old at ReserveBar. Shop now!