Garrison Brothers is a whiskey focused distillery out of Texas known for making some hot bourbon. It is not hot temperature-wise, mind you, but rather because the proof on it is typically very high. The highest of its offerings in this regard is typically the Cowboy Bourbon, which returns once again this year as a very limited edition offering.

The Garrison Brothers 2017 Cowboy Bourbon, according to those behind it, clocks in at a mouth watering 137 proof, which is actually slightly higher then the 2015 release at 135 proof. This is a four-and-a-half year old bourbon, of which 3,600 bottles are planned for release at around $220 each. 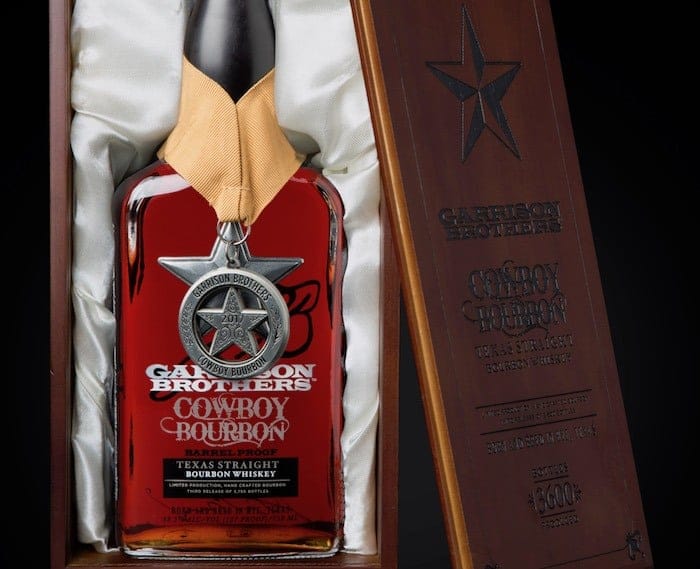 Information from the distillery provided to us about this release indicates the mash bill to be 74% organic white panhandle corn, 15% organic soft red winter wheat and 11% organic Wyoming, 2-row barley. It is presented inside its own special wooden box.

You’ll find limited official tasting notes for this bourbon below from the distillery. It should be noted the ’13 and ’15 releases won American Micro Whiskey of the year in Jim Murray’s Whiskey Bible. Garrison Brothers is hoping for a repeat of this honor again.