Four Roses Distillery in Lawrenceburg, Kentucky already had big plans in the works for 2021. The makers of various expressions of Kentucky Straight Bourbon Whiskey are set to expand their visitor center and build upon their already great guest experience as an official stop on the Kentucky Bourbon Trail by the end of the year.

But Four Roses isn’t stopping there. The distillers recently cut the ribbon on a new 45,000-square-foot warehouse facility that will accommodate more than 24,000 barrels of bourbon. 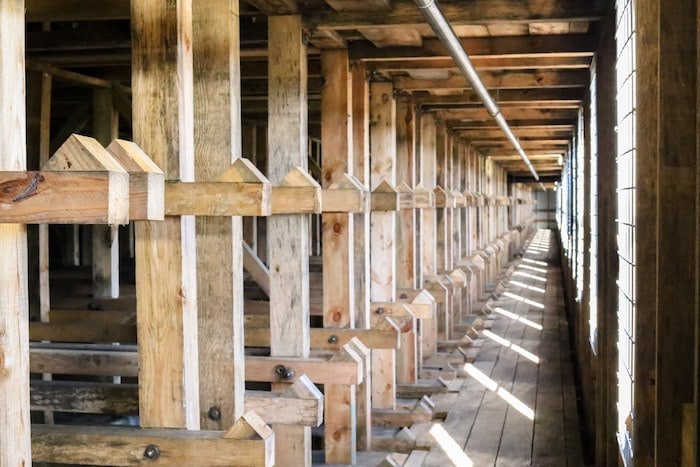 Inside the Four Roses aging warehouse (image via Four Roses)

The addition to their already sizable facilities in Cox’s Creek, Kentucky is named Warehouse Y, and is part of a $21 million expansion project that began in 2015 and included a new bottling facility and Warehouse X.

“We have a lot of exciting changes happening at Four Roses, but one thing that’s not changing is the approach to our warehouses,” said Ryan Ashley, chief operating officer and director of distillery operations at Four Roses, in a prepared statement. “Unlike some warehouses, ours are all just single-story and are not climate controlled to provide a gentle and undisturbed maturation. It is exciting to open this new warehouse to provide us even more space for aging.”

According to Four Roses, the naming of each warehouse with a single letter has been a going concern for the distillers since their establishment in 1888. The only letters missing have been Warehouse O, which was torn down in 1993, and Warehouse I, which they never chose as it could have been mistaken for the number 1 or a lowercase L in their labeling process.

All of this work positions Four Roses to be ready to open their doors to even more visitors than before as the U.S. slowly emerges from the shadow of the pandemic. Currently, Four Roses is only allowing customers to stop by the visitor centers at their distillery and warehouse facility for retail sales. Until further notice, they’ve suspended their tours and tasting experiences.