Bardstown Bourbon Teams With Local Brewery On Another Collaborative Bourbon

Kentucky’s Bardstown Bourbon Company last year unveiled a few new collaborative bourbons done in partnership with other liquor makers. One of these was done with Louisville’s Goodwood Brewing Company, making use of the brewery’s Brandy Barrel Honey Ale casks to for finishing a sourced bourbon. The two are back now with another offering, this time finished in walnut brown ale casks.

The new Bardstown Bourbon Company Goodwood Brewing Company Walnut Brown Ale Bourbon, according to those behind it, takes a high-proof 9-year-old Tennessee straight bourbon whiskey and finishes it in Goodwood walnut brown ale casks for 18 months. It has been bottled at 103.2 proof (51.6% ABV) and prices around $125 per 750 ml bottle.

‘The previous collaborative release was rated by Esquire Magazine as a Top 29 Bottle of Booze in 2019,” said Goodwood Brewing Co. CEO Ted Mitzlaff in a prepared statement. “In my opinion, the Walnut Brown finish is every bit as amazing as our Honey Ale finish. Fans of Bardstown Bourbon Co. and Goodwood will be thrilled with this product!” 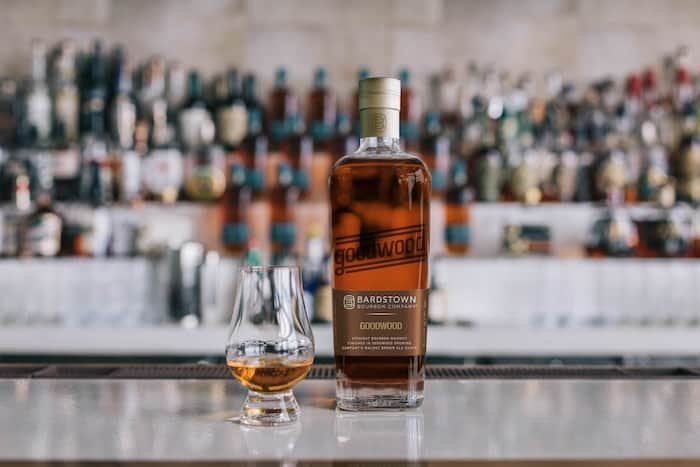 As it stands now plans call for it to be released in April as a limited edition bottling throughout Kentucky and Indiana only. Limited official tasting notes from Bardstown Bourbon Co. head distiller Nick Smith indicate that “this spirit is very complex, with a layered pairing of walnut, toffee, oak, biscuit and malt notes. The subtle finish of ale really enhances this one-of-a-kind pour.”