Another Craft Bottled In Bond Bourbon Emerges, This Time In New Hampshire

The Bottled-in-Bond Act of 1897, which set the standards by which bottled-in-bond American whiskeys exist today as, was signed into law in that year by then American president Grover Cleveland. Cleveland, it is said, enjoyed spending his summers at a home in Tamworth, New Hampshire, just a few miles away from what, in modern times, is known as Tamworth Distilling & Mercantile. This distillery, to date, has been known outside of its state for the Eau De Musc Castoreum Flavored (oil extract from the castor gland of the North American beaver) Whiskey, among other offbeat offerings, but for its latest expression it ties into its state’s indirect relationship with bottled-in-bond via the release of what’s said to be, according to Sea Coast Online, “the state’s first and only accredited ‘bottled-in-bond’ labeled bourbon.”

Old Man of the Mountain Straight Bourbon Whiskey, according to those behind it, meets the conditions set forth for bottled-in-bond status, including being “the product of one distilling season, one distiller, and at one distillery, bottled at 100 proof and aged in a government bonded warehouse for at least four years.” It heralds from a mash bill that’s 82.4% organic yellow corn, 11% organic rye and 6.6% malted barley and was fermented using a “traditional sour mash press” before having “Old-World double pot distilling methods used in traditional Scotch and Cognac distillation” applied to it.” It was then aged the required amount of time in #3 char, Kentucky-made 53-gallon barrels, before being bottled at 50% ABV.

Noted as being the first liquid ever developed by Tamworth Distilling, this bourbon is pricing around $55. There may still be bottles available of it directly from the distillery, and it is said it should also be available throughout New Hampshire by the end of the month. You’ll find some limited official tasting notes for it below for your consideration, and it should be noted that the name, Old Man of the Mountain, is an “ode to the rich history of this small, iconic New England community known for its abundance of agricultural wealth, and as the home to some of the most innovative minds of 20th century.” 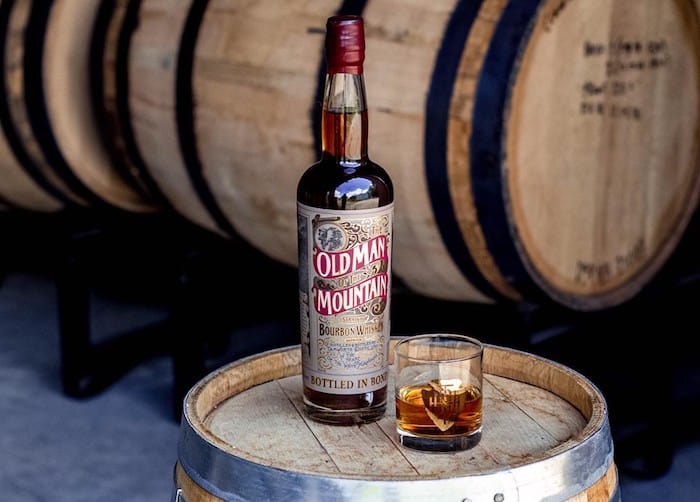 Old Man of the Mountain exhibits notes of vanilla and caramel on the nose, with warmer fruitcake aromas evolving after the spirit opens up. The modest heat from the 100 proofing helps to elongate the palate and continues to open up the nose upon tasting. Old Man of the Mountain has a medium finish with notes of piquant black pepper and cherry.

119
Shares
2k
Views
Share on FacebookShare on TwitterGet Our Newsletter
Read More Whiskey News
Whiskey Review: Bomberger’s Kentucky Straight Bourbon (2020)
Cheers to the Dads! Personalize a bottle of his favorite whiskey to create a modern gift for the modern man. Use code: FATHERSDAY20 for $20 off your next order of $100 or more at ReserveBar