Editor’s Note: This article is reposted from Chuck Cowdery’s blog with his permission.

A couple months back, we looked at the wave of flavored bourbons from a regulatory perspective, but we didn’t look at it from a consumer perspective. Consumers clearly like the stuff. Last year, according to Shanken News Daily, the total flavored whiskey segment in the U.S. grew by 5.5 percent to 12.28 million cases. A decade ago it was something like 2 million. Growth has slowed but since the flavoring possibilities are endless, there will always be news in the segment and new products attract new customers. Is there a limit? Well, flavored vodka shows you the answer to that.

Sazerac’s Fireball is still the leader and still growing, up 6 percent in 2018. Its market share is about 40 percent. The whiskey in Fireball is Canadian, as is number 2, Crown Royal Apple. Crown Royal Vanilla is number 6. The rest of the top 10 is American, led by Jack Daniel’s Tennessee Honey.

‘Flavored,’ as the word is used these days, covers a multitude of sins, everything from secondary barrel finishes to liqueurs in which bourbon is merely an ingredient.

At least that’s my definition of ‘flavored.’ Shanken doesn’t see it that way. They don’t count barrel finishes as flavored, so products such as Angel’s Envy, Maker’s 46, Legent and other finished products aren’t included in their ‘flavored’ analysis. 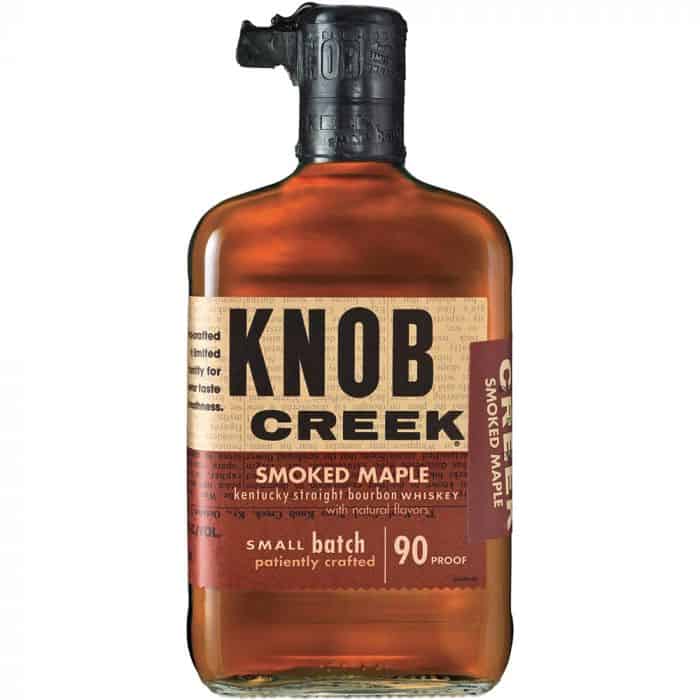 What’s good in the segment depends on what you want. If you want bourbon with just a little something extra, you probably can’t do better than Angel’s Envy, which is straight bourbon flavored though a secondary aging in port barrels. Maker’s 46, the various Maker’s Private Select expressions, Beam Suntory’s Legent, Woodford’s Double Oaked, and several iterations of Luxco’s Blood Oath series also handle flavoring through barrel finishing in a subtle and sophisticated way. They couldn’t be further from Fireball.

Next we get to the products that contain flavoring but no alcohol other than whiskey. Jim Beam’s Red Stag is an example of this. (Apparently, this is no longer true. See comments below.) This is as distinguished from the products that are either straight-up liqueurs (Wild Turkey American Honey) or a mixture of whiskey and a liqueur (most of the rest, including Fireball, Jack Daniel’s Tennessee Honey, Evan Williams Honey, etc.).

A liqueur is an distilled spirit beverage but the alcohol is almost always neutral spirit, i.e., vodka. It’s hard to determine the exact contents of these products, but it seems likely that in most if not all cases, if there is a liqueur involved, most of the alcohol in the product is vodka, not whiskey.

The most favorable way to think about a flavored bourbon is as analogous to a bourbon cocktail. It’s not bourbon, it’s a drink in which bourbon is an ingredient. As with cocktails, some are more sophisticated than others. Unlike cocktails, the best of which offer you a unique combination of flavors, most flavored whiskeys keep it simple, emphasizing just one flavor; honey, cinnamon, cherry, peach, apple, maple. And, of course, they usually contain a lot of sweetner.

If you want to avoid neutral spirit, avoid anything that has the word ‘liqueur’ on the label. The Beam flavored products seem to be your best bet for that. Something like their Knob Creek Smoked Maple comes to mind, or the original cherry-flavored Red Stag.

An interesting side note. Shanken considers Southern Comfort to be a flavored whiskey. For most of its history, SoCo was a liqueur, with 100 percent of its alcohol coming from neutral spirit. It contained no whiskey. For a brief time under Brown-Forman, it was about 5 percent whiskey. Sazerac, which bought the brand in 2015, has repositioned it as “the smooth-drinking whiskey created by M.W. Heron in 1874 and born in New Orleans.” They can call it whiskey because it is now “Spirit Whiskey with Natural Flavors.” Spirit whiskey is a type of blended whiskey that is 5 percent whiskey, 95 percent vodka. Go here for more about spirit whiskey.

164
Shares
7.9k
Views
Share on FacebookShare on TwitterGet Our Newsletter
Cheers to the Dads! Personalize a bottle of his favorite whiskey to create a modern gift for the modern man. Use code: FATHERSDAY20 for $20 off your next order of $100 or more at ReserveBar