Editor’s Note: For the third year running I was a judge at the annual Texas Whiskey Festival, an event designed to showcase the best in Texas whiskey, be it distilled in state or brought in from somewhere else and bottled there. Festival officials were kind enough to cover my lodging costs – what follows is a description of the winners from festival co-founder Jake Clements.

Saturday, March 7th we held the 3rd Annual Texas Whiskey Festival. It was an incredible night of music, food, whiskey, and fellowship!

Before the festival, three judges from various backgrounds in whiskey rated 42 whiskeys. The competition is a blind judging. The judges assess each whiskey based on smell, taste, and finish on a scale of 100.

The judges include the founder of the Whiskey Wash, GM of Seven Grand Austin and the Bar Manager of the Jack Allen’s restaurants.

Our requirement is that all the whiskey entered in the competition is available to the general public. We want people to have the ability to buy these fantastic whiskeys.

Here are the best Texas Whiskeys of 2020! 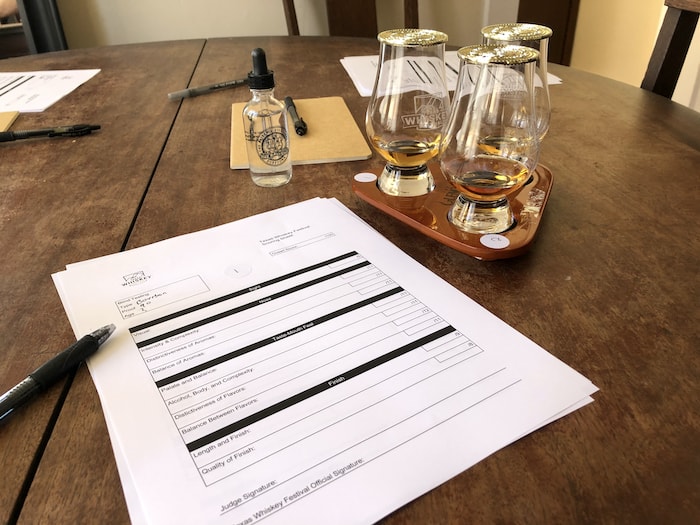 Grain to Glass Other

Bottled in Texas Other

Of course, as with most competitions, the opinions of the judges don’t always match what consumers like. To give the people their say, we have a people’s choice award.

It is an exciting time for Texas whiskey. There are new distilleries aging products and established distilleries exploring locally sourced grains. We have seen a variety of distilleries release whiskey finished in different casks. We look forward to what the future will bring.