Love him or hate him, whiskey author Jim Murray as a reviewer holds a lot of clout in the world of whisk(e)y awards. His yearly Jim Murray’s Whiskey Bible is something many whisk(e)y brands large and small the world over hope to get a mention in, including perhaps a coveted high score and/or award. It thus is always interesting to see what direction Murray goes in his yearly top dog picks across different whisk(e)y categories, including that most prized World Whisky of the Year spot.

For 2020, he has given that to the 1792 Full Proof Kentucky Straight Bourbon from the Barton 1792 distillery, which is owned by Buffalo Trace parent company Sazerac. He scored it a 97.5 out of 100, according to Sazerac, saying of it that “you can only sit, eyes closed, in awe. This is a delivery of perfection: intense, seemingly no prisoners. Yet, actually, you find it has the grace to allow every character to make a speech of great erudition, ultimately a discourse of how so many facets can be singular yet together make for such glorious integration.

“On this evidence Buffalo Trace has a threat to its world supremacy – from a rival distillery…they own! This is a whiskey of stand out, almost stand-alone beauty. Finding fault is not easy with something this intense and magnificently rich.” 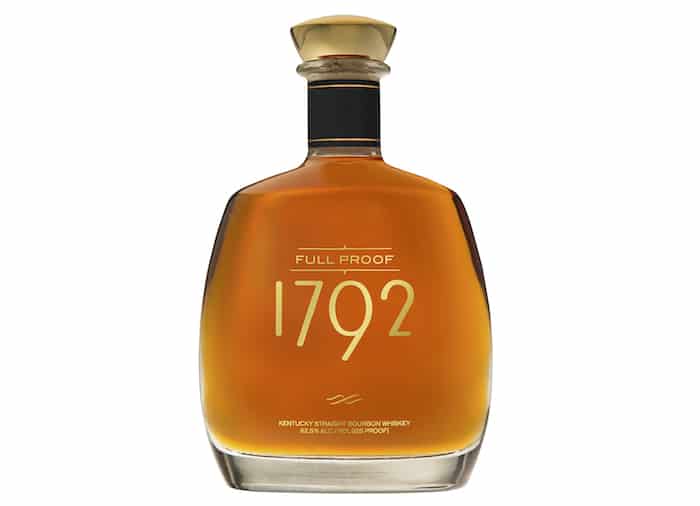 “For the 1792 Distillery to win ‘World Whisky of the Year’ is extraordinary because when I first went there some 25 years ago, the then-owners had no interest in high-end whiskey, said Murray in a prepared statement. “The oldest they produced was a 6-year-old, which I thought was one of the most complex on the market but still undercooked. I implored them then to bring out something much older.

“It is wonderful that my gut instinct of 25 years ago has been vindicated under the ownership of Sazerac, who have turned a potentially great distillery into something truly magnificent.”

Moving beyond the top winner, Murray was not done with Sazerac/Buffalo Trace, as he gave the second and third world whisky of the year awards to William Larue Weller 125.7 proof, the latest version of last year’s victor, and Thomas Handy Sazerac Rye 127.2 proof.

“There will be eyebrows raised and claims of favoritism which, of course, is never the case with the Whiskey Bible: I call it exactly as I see it,” noted Murray. “Once I knew the top three were from the same company, I spent two extra days running through my top ten whiskies once more…and the results came out exactly the same!”

“To not only be named World Whiskey of the Year, but also to have our whiskeys be named the second and third finest whiskeys in the world is astonishing,” added Mark Brown, president and chief executive officer, Sazerac Company. “It is truly a testament of the skill and dedication of not only our two Master Distillers, but to all of our team members at Sazerac.

“We could not be happier and more motivated to continue to strive for perfection in the American whiskeys we make.”

As for the rest of Murray’s top picks, you can see the whole list below for your consideration. Should you want to get a copy of his book, you can pre-order it here.

3k
Shares
46.4k
Views
Share on FacebookShare on TwitterGet Our Newsletter
Cheers to the Dads! Personalize a bottle of his favorite whiskey to create a modern gift for the modern man. Use code: FATHERSDAY20 for $20 off your next order of $100 or more at ReserveBar