WhistlePig Throws Open The Doors To Its New Distillery

Vermont-based WhistlePig had great cause to celebrate recently, officially opening its new distillery back at the beginning of October (I know, we are a little late on reporting this; bear with us). It marks an important milestone for former Maker’s Mark master distiller Dave Pickerell and his crew as they move from sourcing rye whiskey from others, to the actual production of their own product.

At the heart of this new distilling facility is “The Mortimer,” a tall copper still Pickerell designed himself and had constructed by Kentucky-based Vendome Copper. Ironically, about the same time this still was getting up and running, Pickerell’s former employer, Maker’s Mark, was busy getting its newest still operational as well. 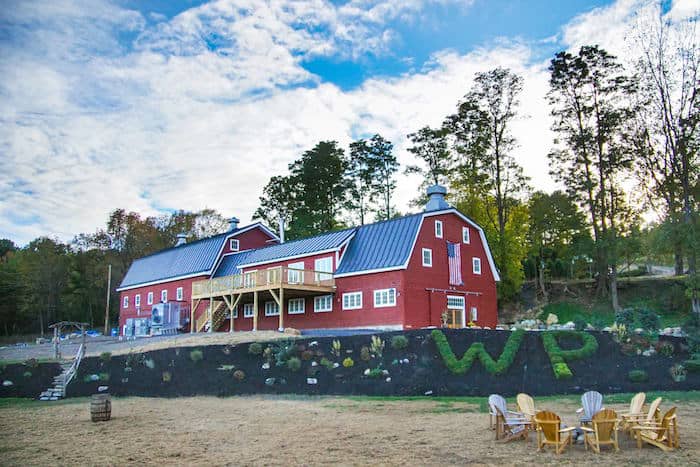 Pickerell, along with the distillery’s founder and CEO Raj Peter Bhakta, now lay claim to having one of the only American whiskey companies “to conduct the entire whiskey-making process in one place, from harvesting the rye fields to distilling, barreling, aging, and bottling the liquid.” They’re aiming for a closed loop process, describing how:

WhistlePig grows its own rye on its farm, which is a naturally sustainable crop that needs very little fertilization. Pigs are fed the spent rye grain so it doesn’t end up as waste, and oak trees logged on the farm are turned into barrels to age the rye. The grain-to-glass whiskey production process requires closer attention to both the cultivation of the crop and the distillation of the spirit than is common in whiskey companies, and enables maximum quality control.

One of the goals of this launch is to ultimately produce a “Vermont Estate Whiskey,” which Pickerell himself alluded to when I interviewed him a few months back. It will be interesting and exciting to see what new whiskies unfold from this farm as time goes along.

“WhistlePig is committed to bringing the world unparalleled rye whiskeys, and with our distillery up and running, we’ll be a truly rare grain-to-glass operation,” said Bhakta in a statement. “We’re restoring rye, America’s original spirit, as our country’s signature drink, and we’re doing it in Vermont, a home to rye production since colonial days.”

371
Shares
607
Views
Share on FacebookShare on TwitterGet Our Newsletter
Get Jefferson's Ocean at ReserveBar. Shop now!