Editor’s Note: This whiskey was provided to us as a review sample by Virginia Distillery Company. This in no way, per our editorial policies, influenced the final outcome of this review.

A growing number of U.S. distilleries are trying hard to answer that question, and making some pretty formidable juice while they’re at it. Among them is Virginia Distillery Company, which has a few fresh ideas about how to play in the single-malt space.

It’s entire raison d’etre is to make single malt with 100% malted barley grown in North America, and explore the ways it can use three specific types of cask finishes. Next month, it will launch its new flagship Courage & Conviction whisky, which has been aged for 3.5 to 4 years in a combination of sherry, cuvée and bourbon casks. It will follow up in the fall with releases focused on each of the individual cask types, playing with the flavor profiles.

In the meantime, Virginia Distillery Company released a tease of what’s to come: The aptly named Prelude Courage & Conviction American single malt. It has been aged for one summer season less than the flagship whisky, at 3 to 3.5 years. Its profile is also different, with less of the cuvée-cask aging than the flagship release will include.

You have to appreciate a distillery that knows what it wants to be. Not a little bit of this and a little bit of that. Virginia Distillery Company is betting big on American single malt and nothing but. Even so, it doesn’t have to be hemmed in by the traditions (and limitations) of single-malt Scotch. That allows it to be creative and offer something that is definitely fresh and new.

Based on the Prelude release, the results promise to be fun and interesting. 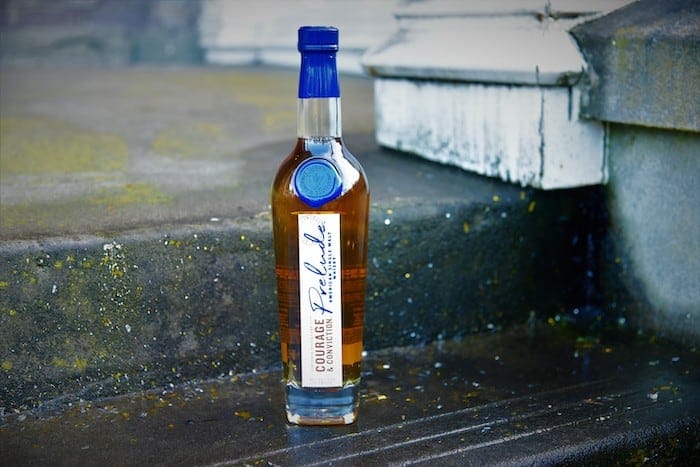 Nose: Grape jelly beans, dried apricots. Not scents you necessarily associate with Scotch – or American single malt. The sherry comes through distinctly in this release.

Palate: Toffee and toasted almonds. Can taste the barley. It’s Scotchy, but fairly light with no hint of smoke or peat. There’s a rich, sumptuous aftertaste, like it’s a desert whisky.

VDC’s focus is on barrel aging, and experimenting with what that process can tease out of the malted barley. This early release might as well be labeled as a sherry-cask bottling, given how strong the sherry nose and taste come through. Some people will love it and some will be put off by it. (I thought it was fun, and look forward to pouring it for friends who are single-malt fans.)

Either way, I think it shows the depth of the distillery’s commitment to cask finishing and allowing the wood to be front and center. It will be interesting to see how that plays out in future releases that have longer in the barrel and different cask combinations.