Reservoir Distillery out of Virginia is known for producing some pretty high quality whiskeys that happen to also price a bit more than other comparable craft whiskeys might. One way to work around this is to offer a more value added line, which is what the distillery seems to be doing with their Hunter & Scott line up. A bourbon was released first in this series, and now a rye whiskey has joined the mix as well.

The new Hunter & Scott Rye Whiskey, according to those behind it, is made from a mash bill that’s 67% rye and 33% wheat, all of which is Virginia grown and vatted using the distillery’s single grain mash bills. Though there is no specific age statement given for this expression, what is known is that it is aged “50-60%” of those same single grain mash bills and noted for having a “mature sipping profile with a price tag for cocktails.” 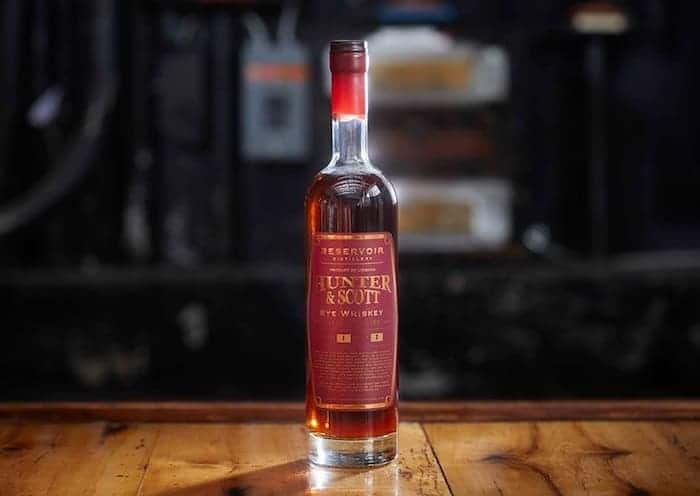 “Hunter & Scott Rye is for the cocktail mixer, a neat pour at the bar or even the everyday sipper,” said Dave Cuttino, founder of Reservoir, in a prepared statement. “It is made using the same single grain rye as our traditional award-winning Reservoir Rye. And, we are so happy to be able to make a product that is more accessible to whiskey lovers.”

This rye whiskey is bottled at 45% ABV (90 proof), and prices around $50 per 750 ml bottle (the higher end Reservoir Rye prices closer to $90). Limited official tasting notes indicate the expression include “black tea, light honey and a hint of cinnamon on the nose. Herbal tea, floral, pepper and sweet spice on the palate. And, a finish that is spicy, warm and lingering.”