Independent American whiskey bottler Lost Lantern is a up and comer in sourcing from some of the better craft whiskey distillers across the country. To date they’ve released a well received vatted malt (a blend of various American single malts) and a number of single cask expressions. They’ve now recently added five more single cask offerings as well.

The Lost Lantern Spring 2021 release of limited edition single casks, according to those behind it, focuses upon whiskeys representing “three rapidly emerging regional styles: Southwest single malt from Whiskey Del Bac, Texas bourbon from Balcones and cool climate/Northeastern rye from New York Distilling Co.” Of special note, it is said, is “a triad of casks (#5, #6, #7) from Arizona’s Whiskey Del Bac. Lost Lantern Co-Founders Nora Ganley-Roper and Adam Polonski specifically chose this trio to highlight some of their favorite aspects of the range of mesquite-smoked whiskies produced by the distillery.” 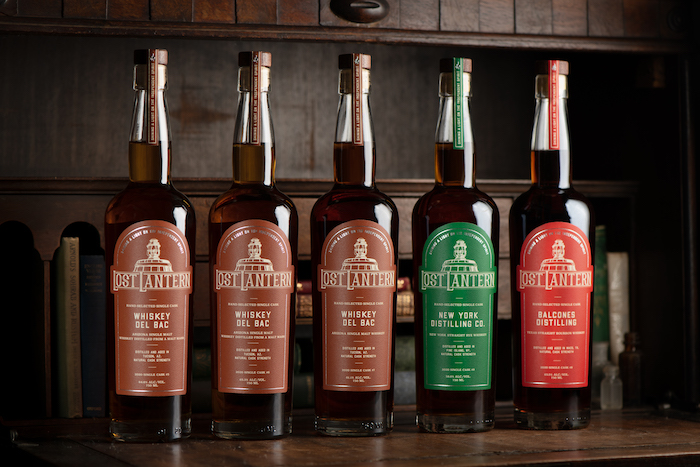 “This is a unique opportunity to present a comparison of the casks coming out of Whiskey Del Bac,” commented Nora and Adam in a prepared statement. “We think you can learn a lot about a distillery by trying several single barrels side-by-side, and the variety of flavors seen in these casks shows just how pronounced those differences can be, both as a result of different cooperage and simple barrel-to-barrel variation.”

You’ll find more specifics on each, including some official tasting notes, below.

The whiskey for each of these three single casks from Whiskey Del Bac in Tucson, Arizona was made from 100% malted barley, 60% of which was smoked with mesquite wood. The distillery’s founder, Stephen Paul, used to make ornate furniture out of mesquite wood before he began producing whiskey in the Sonoran Desert. Today, Whiskey Del Bac is recognized as a pioneer in the Southwest style of mesquite-smoked whiskies.