Independent  bottler Lost Lantern, as we recently explored when the company launched its first offering, aims to apply the Scottish way of being a bottler to the American whiskey market. This includes blending their own releases from sourced whiskeys and also releasing single cask expressions, all the while being as transparent as they can in regards to where those whiskeys come from. It is in this consideration they’ve now debuted their first single cask collection.

The first new Lost Lantern Single Cask Collection, according to those behind it, includes four bottlings drawn from American whiskey distilleries in New Mexico, Iowa, New York and Texas. They were chosen specifically to accompany the recently released vatted malt, with the brand indicating these “show how whiskey can reflect where it’s made, how it’s made, and who made it, and demonstrate that compelling whiskey comes from all across the United States.” 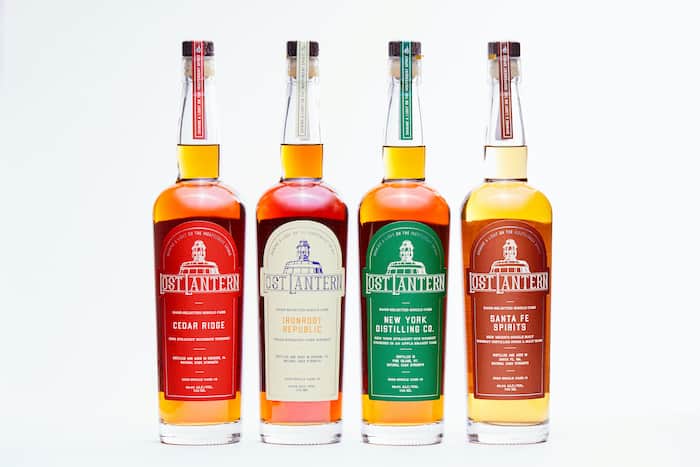 “We wanted our first round of single casks to encourage whiskey lovers to discover distilleries that they might not necessarily have access to otherwise,” said Adam Polonski, co-founder of Lost Lantern, in a prepared statement. “All of these distilleries are rising stars in the American whiskey scene and have built impressive fanbases, but they aren’t always easy to find.”

“Many superb distilleries are making delicious whiskies that reflect the unique environment where they’re made,” added co-founder Nora Ganley-Roper. “Our curated lineup shines a light on whiskies that people might not find on their own, helping whiskey lovers explore the growing landscape of American whiskey and giving deserving distilleries additional attention in the process.”

All four of these single cask whiskeys, bottled at cask strength and non-chill filtered/of natural color, are officially detailed below. Each quarter, Lost Lantern plans to debut a new collection of single casks, and may announce one-off limited releases from time-to-time.

Shares
950
Views
Share on FacebookShare on TwitterGet Our Newsletter
Get The Macallan® Rare Cask at ReserveBar. Shop now!