The Four Gate Whiskey Company, an emerging American whiskey independent bottler based in Kentucky, has recently announced its first straight rye whiskey. This offering marks the seventh release for Four Gate, showcasing a slightly different direction for the outfit over previous offerings.

Four Gate Whiskey Company Release #7 “River Kelvin Rye,” according to those behind it, is a seven year old straight rye whiskey that was sourced from MGP out of Indiana. It has a mash bill of 95% rye and 5% malted barley. What’s particular unique about it is that Four Gate’s previous releases “have all been either straight bourbon or barrel finished bourbon. This marks the first expansion of the company’s product line into a new spirit since its launch in 2018.” 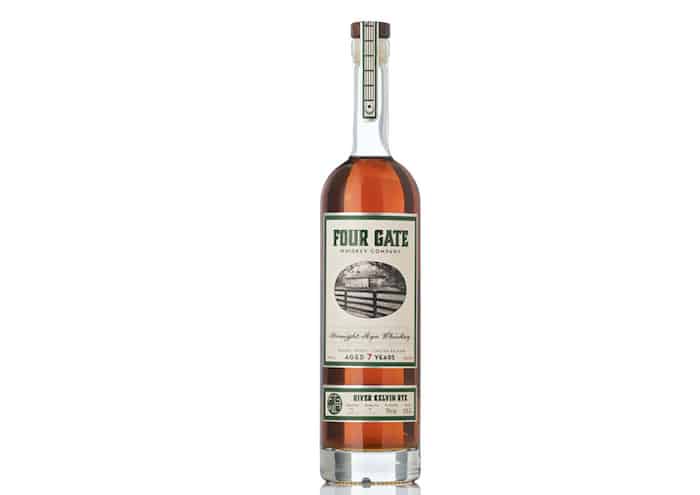 “We’ve always been on the lookout for barrels of great rye,” said Four Gate Chief Barrel Officer, Bob D’Antoni, in a prepared statement. “We tried all sorts of barrels that weren’t quite up to our standards before we found these.”

Four Gate chose to release this whiskey as is, without barrel finishing, because future plans call for offering variants of it with at least two different finishing styles over the next year. The idea was to allow drinkers “to be able to taste the base spirit as well as the future finished products.”

“That’s something I was interested in doing form the start,” noted Four Gate Chief Blending Officer Bill Straub. “I wanted to show a progression, or a before-and-after. We pride ourselves on only using the highest quality whiskey we can find to barrel finish rather than taking a flawed spirit and trying to cover up its flaws with barrel finishes.

“This way, our customers can buy this first bottle of rye and then the finished releases over the next year or so and compare them side-by-side.”

Plans call for Release #7, bottled at a full cask strength of 113.2 proof, to be available now for a price point of around $175 per 750 ml bottle. It is a limited edition release, with only 1,484 bottles being offered up in total.

You’ll find some official tasting notes for “River Kelvin Rye” for your consideration. As a side note, the whiskey pays homage to Kelvin Cooperage out of Scotland, which is typically a frequent partner with Four Gate on its releases. Such was not the case with this one though.