In the production cycle of whiskey, many critical decisions at different points in this cycle ultimately come from typically just one person at the head of the distillery team. Call that person distiller, lead distiller or whatever, but for some in this role the title of master distiller is truly earned. Such has long been the case with Jeff Arnett of Jack Daniel’s and now, after 20+ years there, he is stepping down.

Appointed Master Distiller in April 2008, according to the distillery, Arnett “has stewarded the iconic Tennessee Whiskey and been instrumental to the growth of Jack Daniel’s, which is now sold in more than 170 countries around the world. Jack Daniel’s is the #1 selling whiskey in the world. 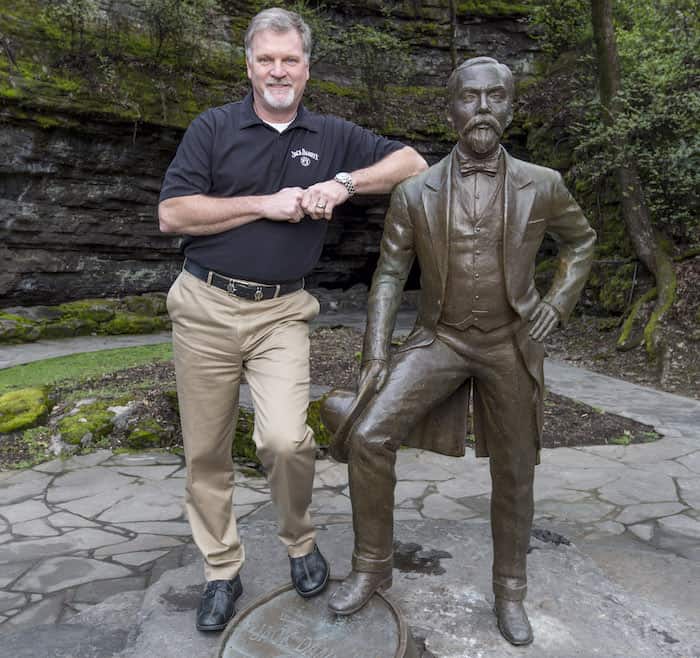 Jeff Arnett, master distiller at Jack Daniel’s, is set to step down after a long career there (image via Brown-Forman)

“In 2017, Jeff was named Master Distiller of the Year by Whisky Magazine and he has served on the board of the Tennessee Distillers Guild since 2016, most recently as Vice President. Under Arnett’s tenure, his know-how combined with his curiosity as a whiskey maker have contributed to numerous innovations by the Jack Daniel Distillery, including the introduction of super-premium whiskeys such as Sinatra Select, Single Barrel Barrel Proof, Single Barrel ‘Heritage Barrel’ and the Tennessee Tasters’ limited edition series.

“As Master Distiller, Arnett has been responsible for the overall whiskey-making operations in Lynchburg, Tennessee. Prior to that position, he oversaw quality control and the Jack Daniel’s Single Barrel program. Throughout his time at the distillery, he worked in a variety of capacities including warehousing, maturation, distillation, charcoal mellowing management, barrel quality and bottling, and enjoyed a long tenure on the Master Tasters’ panel.

“Jeff has also traveled the world to share the story of Jack Daniel’s and sip whiskey with old and new friends alike.”

“When Jeff became the Master Distiller, we said that he would carry on the long tradition of folks who have made the world’s best whiskey for more than 150 years, and that’s exactly what he’s done,” said Larry Combs, Jack Daniel Distillery SVP and General Manager, in a prepared statement. “He has worked tirelessly on behalf of the distillery and brought with him the creativity and the expertise that makes Jack Daniel’s the most valuable whiskey brand in the world.

“We thank him for his leadership not only at Jack Daniel’s but in the whiskey industry and wish him all the best.”

“The last 20 years at the Jack Daniel Distillery have been an incredible chapter in my life and I look forward to spending some time to think about what the next chapter will hold,” added Arnett. “I wish everyone in Lynchburg the best and I am appreciative of the support and confidence they have shown in me to represent Jack Daniel’s to the world during my time there.

“It has been an honor and privilege to be one of only a handful of people to have served as the Master Distiller of this wonderful brand known around the world as simply ‘Jack’.”

The distillery said it would have an announcement on Arnett’s replacement in the coming weeks (WhiskyCast suggests “Assistant Master Distiller Chris Fletcher is likely to be the front-runner for the position”). As for Arnett, he told American bourbon writer Fred Minnick in an email that “I have big plans for the future that I‘d love to share with you when the time is appropriate.” Perhaps this means he will go the way of former Four Roses master distiller Jim Rutledge who, after a storied career himself, moved on in 2015 to begin work on his own distillery.