Utah based High West Distillery is known for putting out some really tasty and interesting whiskey blends. They also release from their operations now and again some special releases, such as A Midwinter Night’s Dram, which came to market back in late 2014 before later seeing wider distribution. Now a new limited bottling is just coming out that spent special maturation time in used wine barrels, and it is called Yippee Ki-Yay.

High West Yippee Ki-Yay, according to the distillery, is a special version of their Double Rye blended whiskey that is 95 percent rye (53% rye/37% corn) and 5% barley malt in the mashbill. It is a relatively young rye, with the oldest part of it being no more than two years of age. What’s particularly unique about this release, though, is that part of its final aging time was spent in oak barrels that previously held vermouth (Vya, Madera, CA) and Syrah (Qupé Santa Maria, CA). 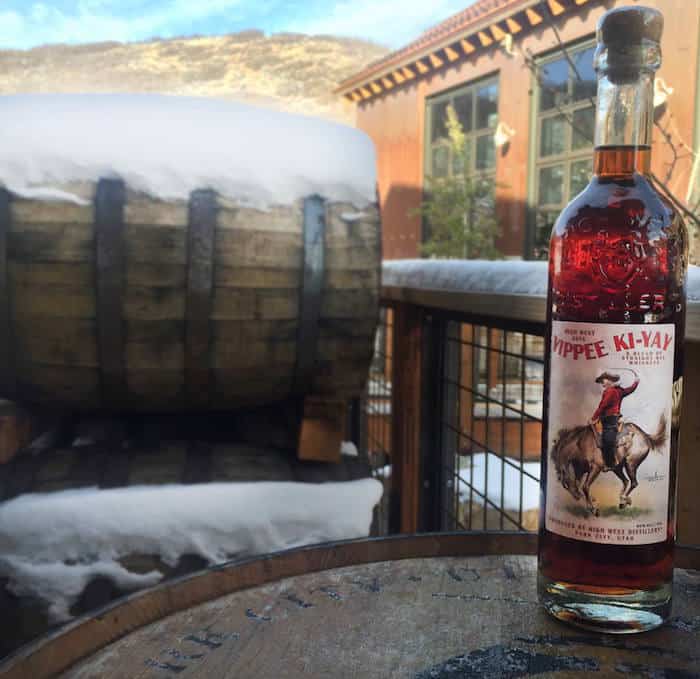 The resulting whiskey, bottled at 92 proof, is said to have a unusually beautiful red color to it. Being that it is rather sweet, High West is recommending that you can try it as “an aperitif on ice, neat with desert or on its own.”

Official tasting notes for Yippee Ki-Yay, are below from High West for your consideration. As for pricing and availability, it is only available at the distillery right now for around $65 a bottle. Hopefully it follows A Midwinter Night’s Dram into regular retail at some point for those of us outside of Utah.

•Nose: Fresh cinnamon stick, crushed blackberries (cassis) with some herbs (thyme and sage) in the background.

•Taste: A big, bold punch of cinnamon spice and blackberries on a foundation of vanilla and caramel, the long finish is dried orange rind and herbs.