This rye whiskey, according to official tasting notes, features hints of vanilla and brown sugar, baking spices, dill, oak, orchard fruit and pear blossom, according to official tasting notes. On the tongue, there is an offering of crème brûlée, honey, vanilla, citrus, and black peppercorn, leading into a warm, dry, and lingering finish with notes of caramelized sugar, praline pecan, dill, oak and pepper. 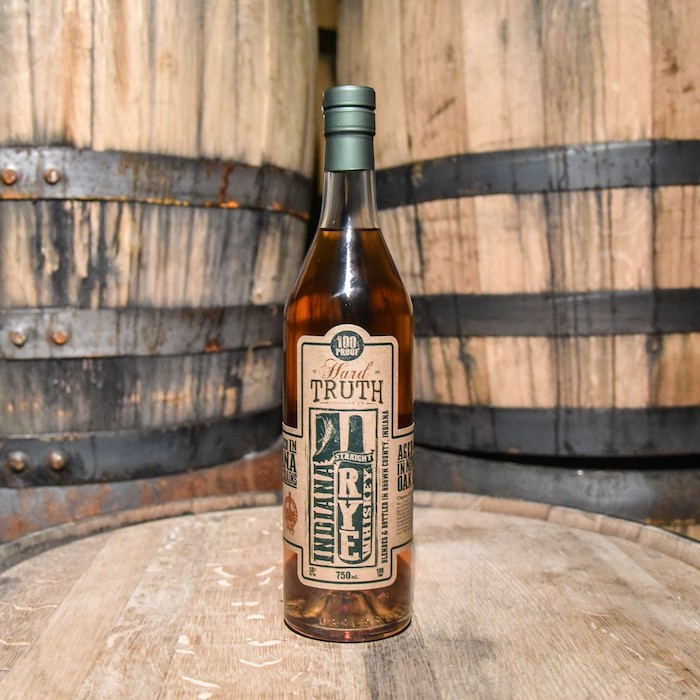 This new release also comes just in time for the State of Indiana’s official Indiana Rye Whiskey designation, slated to be signed into law in July 2021. The new designation follows the federal requirements for rye whiskey — 51 percent rye in the grain bill, distilled at no greater than 160 proof, placed in a barrel at no more than 125 proof — then adds the Indiana-specific requirements that it be mashed, fermented, distilled, and then rested at least two years in the state of Indiana.

To celebrate the occasion, the distillery will be hosting an event at its Hard Truth Tours & Tastings Center on its Brown County campus on Saturday, July 3. Guests are invited to sample the new rye, enjoy live music and rye cocktails, sign a commemorative poster, and more.

“Distillers in Indiana have historically produced some of the highest quality rye whiskeys in the world,” Hard Truth head distiller Bryan Smith said in a prepared statement. “Rye is a notoriously difficult grain to handle through the mash, ferment and distillation process. Craftsmen and women here in Indiana have long shared secrets and tips and tricks, resulting in a quality standard which sets Indiana apart in the world of rye whiskey making. Hard Truth Distilling Co., is proud to be a part of the Indiana Rye Whiskey community making history with this law.”

Available in 750 mL bottles, Hard Truth Indiana Straight Rye Whiskey is bottled at 100 proof with a 50% ABV and can be found at all Big Woods Restaurant Group locations and at the Hard Truth Tours & Tastings Center for $39.95 plus tax, as well as from select retailers throughout the distillery’s distribution area.

0
Shares
451
Views
Share on FacebookShare on TwitterGet Our Newsletter
Get The Glenlivet 18 Year Old at ReserveBar. Shop now!