Indiana Rye Whiskey Could Become The Next Established Whiskey Standard

Tennessee is famous for its whiskey, and Kentucky bourbon is known world-wide. But a lawmaker in Indiana is working to get Indiana Rye the same notoriety.

Indiana state representative Chris May (R-Bedford) is working to get Indiana’s rye whiskey on the market. He recently said setting higher standards for whiskeys in order to call them “Indiana rye whiskey” will help them stand out and earn a positive reputation. He introduced legislation to set these whiskey standards, alongside Jeff McCabe, an owner of Hard Truth Distilling Co. in Nashville, Ind. 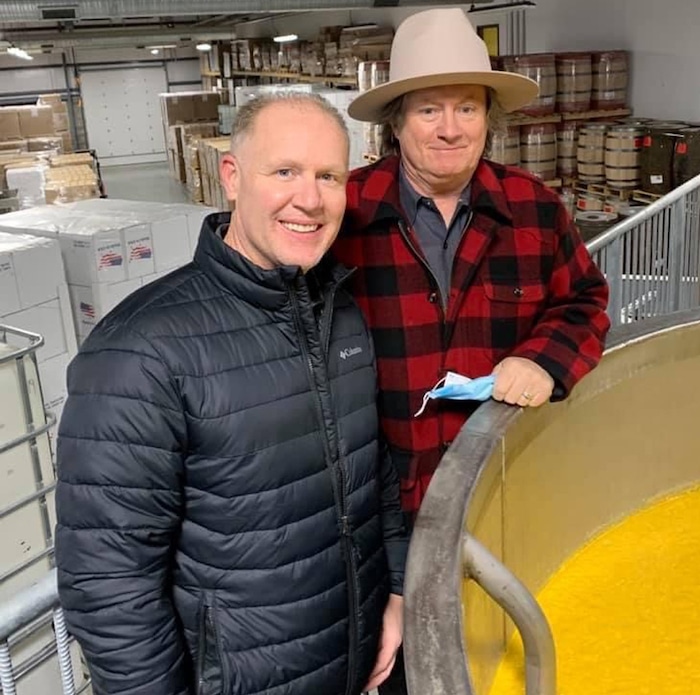 State Rep. Chris May (R-Bedford) (left) tours Hard Truth Distilling Co. in Nashville with Jeff McCabe (right), one of the owners, on Friday, Jan. 22, 2021. May is working with McCabe on legislation to bring greater awareness to Indiana rye whiskey, one of the spirits distilled at Hard Truth, and help establish a market in the state similar to what Kentucky has with its bourbon. (image via State of Indiana House of Representatives)

“We want Indiana to be as popular for its rye whiskey as it is for basketball and racing,” May said in a prepared statement. “Establishing that market, both in sales and tourism, might one day put the success of our state’s distilleries on par with that of the Kentucky Bourbon Trail.”

The legislation would require that the rye whiskey must be created in Indiana, be made with a mash bill that is at least 51% rye and be fermented with sour mash or from sweet mash. It also must be distilled no more than 80% alcohol by volume, aged in barrels for at least two years and bottled at no less than 40% alcohol by volume.

The bill would regulate advertising, labeling and selling of Indiana rye whiskey to align the state’s rye whiskey with federal standards in the hopes of establishing a market in the state that can compete with Kentucky’s relationship with bourbon.

Kentucky’s bourbon industry contributes $8.6 billion annually to the economy and generates more than 20,000 jobs, according to a 2019 study out of the Kentucky Distillers Association.

“Indiana is home to more than 30 distilleries now, with some producing exceptional rye whiskey that has earned national acclaim,” May said. “Establishing our own brand is an opportunity for the Hoosier state to stake its claim in a fast-growing market.”