Far North Spirits out of Minnesota is something of a fan favorite here at The Whiskey Wash, as all of their rye whiskey bottlings, flagship or otherwise, have generally been well received by our reviewers. Their grains used in distilling are generally grown pretty close to the distillery itself, giving this whiskey maker a true grain to glass approach. They’ve now got two new limited edition bottlings coming to market.

The first, Roknar Sauternes Cask Finish, has the same mash bill as the distillery’s Roknar Minnesota Rye, including 80% AC Hazlet winter rye, 10% heirloom corn and 10% malt barley. It is first aged 15 months in 15-gallon barrels and then finished for one month in Sauternes casks from France. Bottled at 94 proof, this ex-sweet white wine cask finished whiskey will see a total of 140 cases worth of bottles being released. 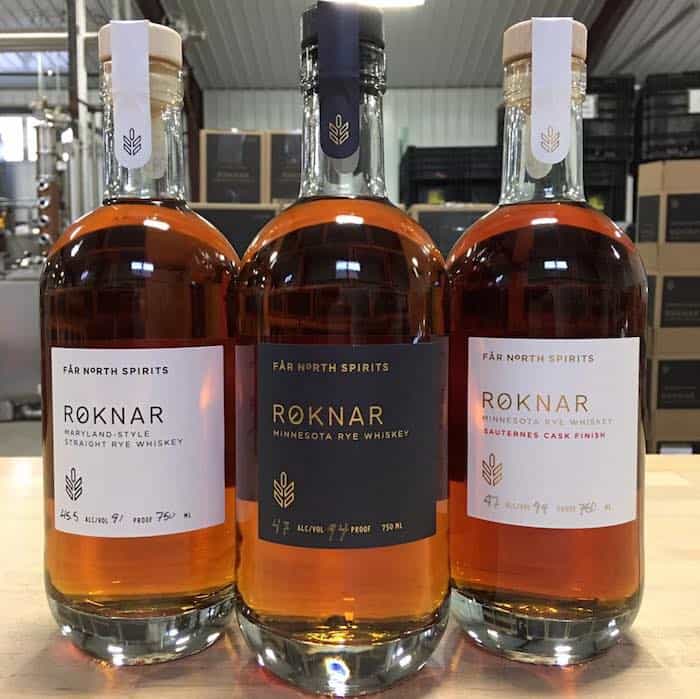 Joining the Sauternes offering is Roknar Maryland-style Straight Rye Whiskey, another limited release of just 140 cases. Its mash bill, consisting of 65% AC Hazlet winter rye, 25% heirloom corn and 10% malt barley, is said to be based on the original mash bill used by George Washington at his distillery at Mount Vernon. It has been aged two and a half years in 53-gallon barrels and bottled at 91 proof.

Roknar Sauternes Cask Finish and Maryland-style will be available in Minnesota as well as limited locations in markets where Far North Spirits is distributed, including: California, Colorado, Georgia (Sauternes Cask Finish only), Illinois, Maryland, New Jersey, New York, North Dakota, Washington, D.C. and Wisconsin. You’ll find limited official tasting notes below for each for your consideration.

Roknar Sauternes Cask Finish offers a nose of buttercream, maple and apricot, with a long, warm finish of candied pecans, caramel and brown sugar. Roknar Maryland-Style offers a nose of hay, roasted corn and saw-dust, with notes of avocado honey and ripe fruit on the palate. It finishes bright, with cinnamon and other baking spices.