The Chicken Cock whiskey brand, as we’ve mentioned in the past, is a historic Kentucky label that was established in that state in 1856. Said to have risen to fame as the house whiskey at The Cotton Club, one of Prohibition’s most legendary speakeasies, it was smuggled into the Club in sealed tin cans, then ceremoniously opened table-side. After Prohibition, the brand enjoyed a resurgent couple of decades before a distillery fire just after World War II put it out of business.

In more recent times the current owner of the brand, one Matti Anttila, made use of master distiller Gregg Snyder’s experience to resurrect Chicken Cock. Now, working in conjunction with Bardstown Bourbon Company as part of its collaborative distilling program, it is introducing what’s described as its first rye whiskey in more than 70 years. This follows on the fall 2019 launch of its anchor expression, a Kentucky straight bourbon. 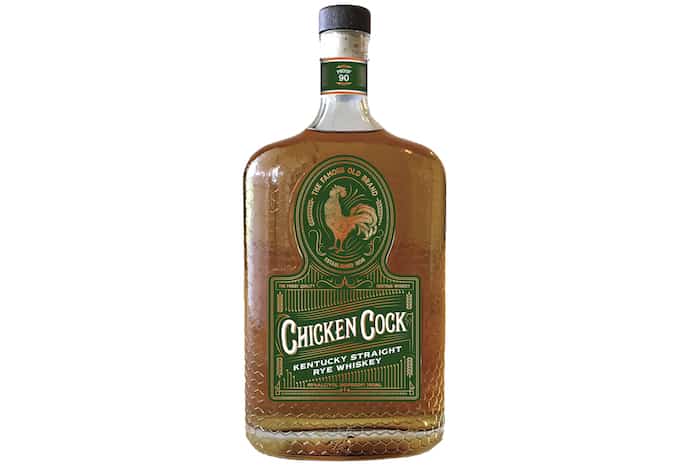 The new Chicken Cock Kentucky Straight Rye Whiskey, according to those behind it, It was 100% distilled, aged, and bottled in the Bluegrass State, and has a mash bill that includes 95% rye whiskey. It is also non-chill filtered and bottled at 90 proof (45% ABV).

“The number one question I’m asked since resurrecting Chicken Cock Whiskey is, where can I find it?” said Anttila, founder of Grain & Barrel Spirits, the brand behind it. “In the beginning, we were limited geographically by liquid so we were forced to allocate to a small group of select markets.

“Now, several years into the comeback, we’re able to broaden our distribution with our two top quality, everyday expressions – first, our Kentucky Straight Bourbon and now our Kentucky Straight Rye. Both of these will be the cornerstones of the brand as it rolls out nationally throughout 2020.”

Plans call for this rye, bottled in a Prohibition-era Chicken Cock replica apothecary-style bottle, to price around $70 per 750 ml bottle. It is available now online and in the following markets: FL, IL, KS, KY, MO, NY, OK, SC, and TN, with broader national distribution to follow shortly.

Official tasting notes indicate it “features a caramel color with a hue of dark orange. The nose reveals a tremendous complexity of spices including pepper and cinnamon, with a hint of dryness and slight overtones of citrus and oak. A creamy, almost buttery mouthfeel is complemented by vanilla and butterscotch, followed by a long, slow peppery finish with a hint of sweet honey.”