Chicken Cock, a historic Kentucky whiskey brand resurrected by Florida-based Grain & Barrel Spirits, is rolling out Chicken Cock Kentucky Straight Bourbon Whiskey, available now in “most markets,” according to a prepared statement. This is a no-age-statement expression made 100% in Kentucky—it’s another step in the brand’s ongoing evolution, as their initial bottlings were sourced from Indiana.

The original Chicken Cock was founded in Bardstown, Kentucky in 1856. It was reportedly the house whiskey at the Cotton Club, the Prohibition-era Harlem nightclub where legendary black musicians like Duke Ellington, Louis Armstrong, and Bessie Smith entertained (white-only) audiences sipping bootleg spirits. Chicken Cock was known as “the whiskey in a tin can,” because each bottle was smuggled into the club in a metal can. The distillery survived Prohibition, but shortly after World War II, a fire put it out of business.

The current brand was resurrected in 2012 by Matti Anttila, founder of Grain & Barrel Spirits, who brought on Gregg Snyder, formerly of Brown-Forman, as master distiller. 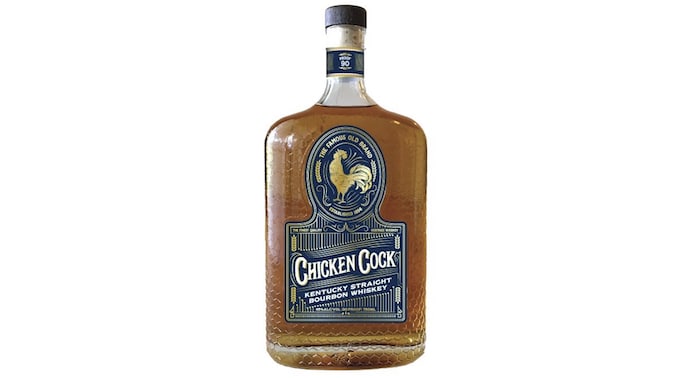 Some tasting notes for the new release are below:

Distilled, aged, and bottled in Kentucky [via Bardstown Bourbon Company’s collaborative distiller’s program currently], Chicken Cock Kentucky Straight Bourbon Whiskey has a rich, elegant mahogany hue; a nose which balances oak tones with sweet notes of dried fruit, caramel, and vanilla; and a palate that opens with soft tannins. A creamy, almost buttery mouthfeel is complemented by butterscotch notes and toasted oak, resolving with a vanilla finish. At 90 proof, there is a slight, welcome bourbon heat.

It’s bottled in a replica of the Prohibition-era Chicken Cock bottle, and comes at a suggested retail price of around $60.

85
Shares
1.7k
Views
Share on FacebookShare on TwitterGet Our Newsletter
Get The Glenlivet 18 Year Old at ReserveBar. Shop now!