Tennesse-based Chattanooga Whiskey has, over the last few years, been known mostly for its 1816 bottlings. Problem was, those weren’t actually being distilled at their distillery; instead, they had their own style distilled on site and aging in barrel that wasn’t quire ready for bottling until recently. The first regular offerings of this are now coming to market, coming together under something they call Tennessee High Malt.

The new Chattanooga Whiskey 91 and Chattanooga Whiskey CASK 111, according to those behind them, are essentially Tennessee straight bourbon whiskies with a high malt mash bill. It is actually a four-grain mash bill, consisting of yellow corn, malted rye, caramel malted barley and honey malted barley. The distillery actually has a pretty involved process in putting these whiskeys together that goes something like this, based upon information from them: 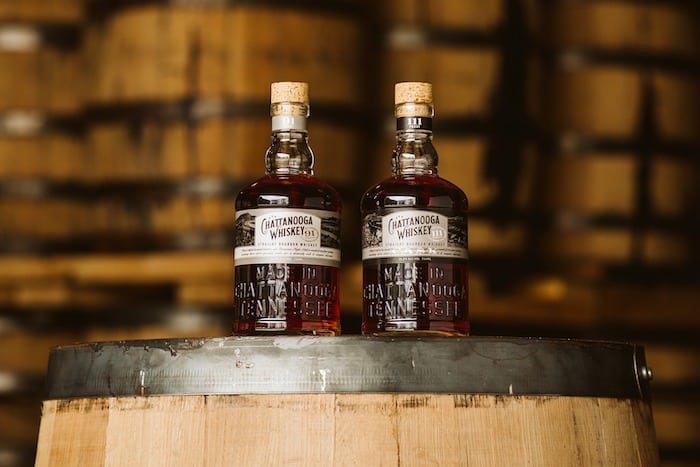 Two variants of this whiskey are being released as previously mentioned – Chattanooga Whiskey 91, bottled at 91 proof, and Chattanooga Whiskey CASK 111, the unfiltered, barrel strength expression that’s bottled at 111 proof. The former has a taste profile of dried apricot, sweet tea, and honeyed toast, with a lingering, malty-sweet finish, while the latter is said to be “full bodied with a taste profile of chocolate covered cherry, toasted coconut, and cinnamon with a warming, malty finish.”