The whiskey’s name comes from what’s described as an under appreciated frontier icon, rule breaker and enterpriser, Big Nose Kate. Heim and her partners said they aim to celebrate all adventurers who deserve recognition.

A a blended whiskey it is said to bring together bourbon, rye and malt “sourced from superb distillers across the country.” Big Nose Kate, according to information from the brand, starts with notes of dry sherry and cherry fruit, cereal grain and oak, and finishes with mellow baking spice. It is a unique blend with a strong body and rich mouthfeel. 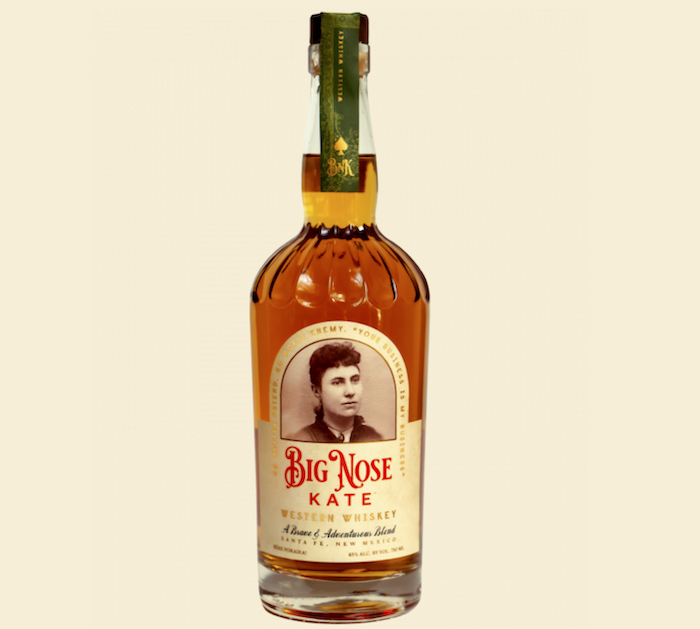 “We are excited to finally introduce a strong independent female protagonist into a brand world long associated with male figureheads,” Heim said in a prepared statement. “But we are not aiming to be a ‘gendered’ whiskey. We’re for all people who like discovering great stories, and tipping a glass to those behind them. Kate was an entrepreneur, change-maker and whiskey drinker to boot, so we believe she’s cheering us on from the saloon in the sky.”

The whiskey is produced in Santa Fe, New Mexico, where Kate lived and operated a “dance hall” before riding on to her next adventure. Kate was a Hungarian aristocrat’s daughter who later became an immigrant and orphan. She became Doc Holiday’s partner in crime and ran a number of gambling and entertainment operations.