The American Craft Spirits Association estimates that there are about 1,300 craft spirits producers in the United States. Most are fewer than ten years old. Only a handful have been blessed with capital infusions from the majors. We have seen outright sales, majority stake investments, and minority stake investments.

Those sales did not start a landslide, but showed that such deals are possible despite the craft industry’s brief track record. 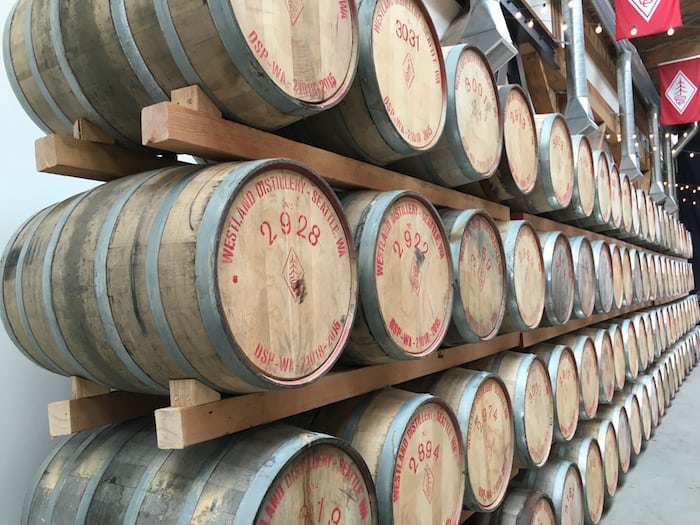 Templeton Rye, which positioned itself as a small craft distillery in a small town in western Iowa, revealed that it is owned by Young’s Market Company, a large California liquor distributor.

The year ended with three major deals announced in December.

And the Sazerac Company of New Orleans acquired a newly-built distillery in Newport, Tennessee, where it plans to make a Tennessee Whiskey to compete with Jack Daniel’s and George Dickel.

To this point, at least, brands seem more desirable than production facilities, but production facilities are becoming more important. Until recently, you could launch and build a whiskey brand without a distillery behind it, either by buying ready-to-drink bulk whiskey or through a contract distilling arrangement. Today, bulk whiskey is in short supply and most established distilleries are topping out their capacity, making it hard to find a long-term contract distilling partner.

A lot of new production capacity will come on line this year and next, but there is reason to believe it won’t be enough to bring supply and demand into any kind of rough balance. Nothing is certain but everyone seems to believe the American whiskey boom is just getting started. Investments in craft producers are a hedge bet for the majors. Many were shocked that Constellation paid $160 million for High West, but Constellation’s market cap is $30.8 billion. The fact that it has placed multiple bets is further evidence of a hedge strategy.

Other investments are sure to follow. The owners of successful craft distilleries receive daily inquiries from suitors. “If you want to sell, you can,” says one.

One hopes that much of this new money will be used to finance aging inventory, which has been a problem for craft producers. Financing aging stock has been a challenge for distillers since the benefits of aging were discovered centuries ago. Even the best prepared crafts are surprised by how much it costs to keep increasing the amount of product in the pipeline.

In addition to working capital, partnership with a big fish can help a craft with distribution, marketing, and other business issues. But it isn’t all fun and games. In Texas, outside investors forced founder Chip Tate out of Balcones. In other cases, the person who started and once ran the company has been reduced to ‘brand ambassador’ status.

The good news, though, is that the availability of capital gives owners of craft distilleries a little more control over their destiny. Selling is a sign of success, not failure. With so many new craft producers opening each year, many have predicted that a high failure rate is inevitable. That has not so far materialized. No one is assured of success, but there are now more ways success can be achieved.