Editor’s Note: This whisky was provided to us as a review sample by Flaviar, who we are also an affiliate advertising partner with. This in no way, per our editorial policies, influenced the final outcome of this review.

Son of a Peat is a crazy-exclusive limited release from Flaviar.com, a kind of members-only whiskey exchange where the goal is to find outstanding and unique whiskies from all over the world. After their wildly popular first release, they recently released Batch No. 2, a heavily peated blended Scotch whisky, up to 20 years aged. Flaviar offered only 2000 bottles of this unique blend, available exclusively to their club members via a lottery system. I feel very lucky to have a review bottle of this in my collection.

Flaviar recommends using it as a “reverse chaser,” taking a sip of Scotch after gulping down your favorite IPA. I’ve done this before, usually with a cheap beer and some well whiskey, but not a limited edition Scotch whisky with a craft beer. Of course, it has to be better. I chose Ninkasi Brewing Co.’s Juicy IPA. Son of a Peat has some crazy strong peat flavors and this is my first ever experience with peated Scotch.

I have to admit I’m a little intimidated by the bold flavors and in-your-face attitude of this whisky. They’re really not messing around here. 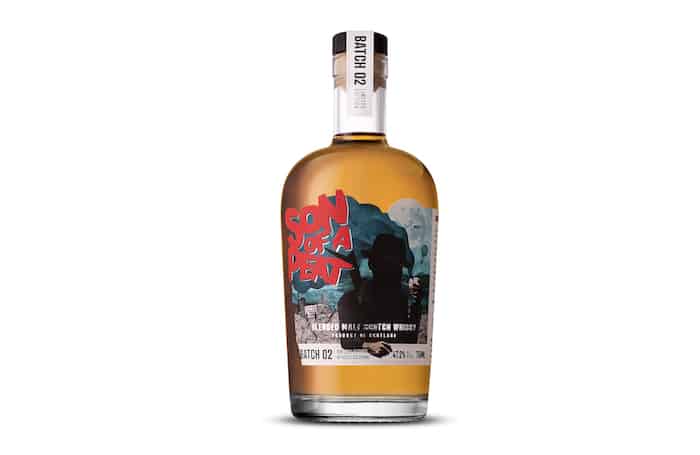 Vital Stats: Son of a Peat is 47% abv; blended with up to 20 year aged Scotch whisky; it’s aged in hogshead, sherry butt casks, and used bourbon casks; Batch No. 2 is totally sold out and was available only to Flaviar members.

Appearance: It’s pretty light in color, and there’s no added coloring. There’s not a lot of sticky sweetness holding the legs together so they form small droplets instead of cascading down elegantly.

Nose: Heavy charcoal is cut with lightly floral scents. It smells sweet and savory like buttered biscuits with a drizzle of thick honey. On first glance, it was overwhelmingly smoky, and smelled sort of like chemicals and sharpies. It opened up really quickly with elegant earthy and oaky tones with hints of Baby’s Breath. It’s tough and strong, but also feels like a nice hug.

Palate: Son of a Peat starts off sweet and mellow, while building quickly into a hugely smoky scene with interesting notes of wine and charred oak and even more peat. Mixed in with the smoke and mirrors are more delicate notes of grass, earth, flowers and pomelo citrus fruit. It’s dark and heavy, and could pass as a dessert beverage. The mouthfeel is chewy and heavy, with the weight to match its bold flavor. Since it’s my first time trying peat, I wasn’t sure what to expect, but I was pleasantly surprised.

When you sip the IPA first, it kind of cuts through some of that initial smokiness and the hops provide a nice complement to the floral and vinous notes from the Scotch.

I had no idea what peat is supposed to taste like before, but now I definitely know. I'm grateful for this simultaneously nuanced and in-your-face peated Scotch experience. After the first sip my palate was confused and angry, but after the second, third, fourth taste my tastebuds were totally on board. For anyone who likes peat, Son of a Peat is a multi-faceted example of how subtle flavors interact with each other to create a very special, limited release.