The 2020 Rare by Nature has the same whiskies as the 2019 Special Releases for whisky lovers to compare. Each whisky is meticulously hand-selected by Dr. Wilson to show another side of the distilleries chosen. The eighth and final whisky in the Rare by Nature editions comes from the Singleton Distillery. The 2020 edition is younger by one year than the 2019 edition. It comes in at 17-years-old this year.

The Singleton Distillery is not the only Dufftown distillery in the 2020 Rare by Nature Special Releases. Rome may have been built on seven hills, but “Dufftown stands on seven stills.” The salmon on the Rare by Nature bottles is not a coincidence, it is also Singleton’s logo because they go their own way.

The distillery started its journey upstream in 1897 at the edge of the River Fiddich. You will also see the distillery go by its full name The Singleton of the Glendullan. During the past ten years, the Mortlach Distillery neighbor has been updating. For example, a state of the art biodiversity plant opened at Glendullan in 2013.

I ranked the 2019 Rare by Nature The Singleton as my third favourite in the collection. Let’s see how it goes for the 2020 edition. 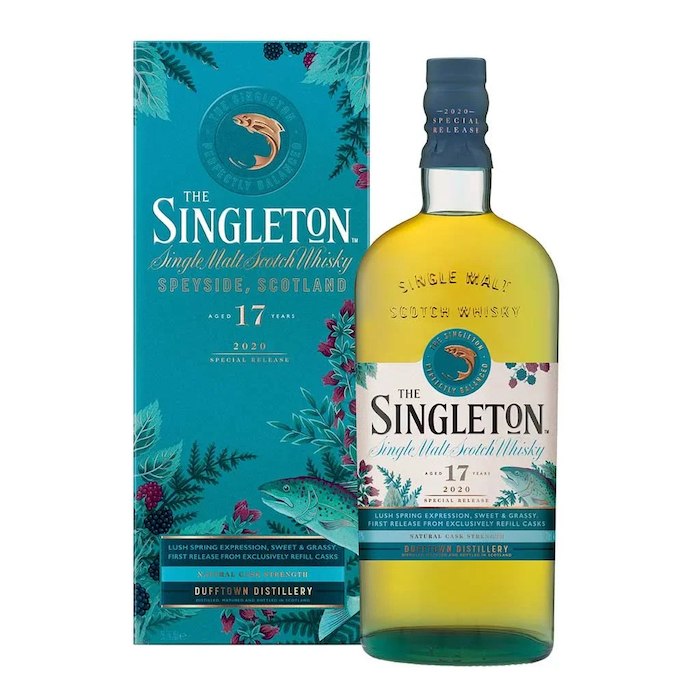 Nose: Buttery rich popcorn greets the nose instantly. It has sweet touches of honey and caramel. It’s reminiscent of a traditional candy shoppe. Marshmallow and fudge also seem to stand out. In the midst of all the sweet notes is candied ginger and orange peel.

Palate: This one burns at its natural cask strength. The mouthfeel is soft. Candied orange peel and ginger come out in droves. It has a touch of vanilla fudge that lingers on the finish, however, the oak dries out the mouth. Finally, the aftertaste is full of acetone.

The Singleton 17 Year in the 2020 Rare by Nature Diageo Special Releases is more about being in the mood for it. The nose is so different from the palate it feels like a lie and is unbalanced. At times it tastes like one thing, but then at other times it tastes like a different thing. It's still a decent whisky, but maybe spring for others in the 2020 Rare by Nature collection first.