The 2020 Rare by Nature has the same whiskies as the 2019 Special Releases for whisky lovers to compare. Each whisky is meticulously hand-selected by Dr. Wilson to show another side of the distilleries chosen. The sixth whisky in the Rare by Nature editions comes from the Pittyvaich Distillery. The 2019 edition was 29-years-old, however it increased one year making it one of two 30-year-old whiskies in the 2020 edition.

Pittyvaich is a fairly young distillery in Scotland considering some are over hundreds of years old. It was built by Arthur Bell & Sons to aid production capacity. Erected in 1975, there were originally two working stills, which eventually doubled to four. A decade later, Guinness bought the Pittyvaich Distillery.

However, the 80s were not kind to many distilleries. United Distillers took over the distillery, and Pittyvaich was seen as a surplus during a period of rationalisation. The distillery did manage to hold on and tried everything to stay open. Alas, Pittyvaich shuttered its doors in 1993.

Diageo purchased the distillery in 1997, but five years later, they demolished the building. You will still find one off bottlings of Pittyvaich, and we are lucky to have one in both Rare By Nature Special Releases collection. Let’s see what the 2020 edition brings us. 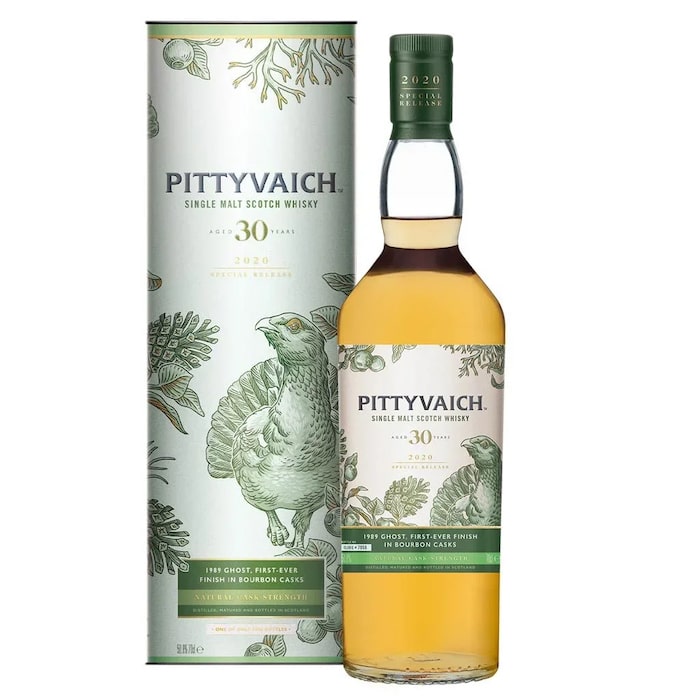 Nose: A light acetone lingers in the background. At the beginning is a mix of baby powder and spearmint. It reminds me of clean linen. Citrus peel shines in the middle. The whisky then finally moves into cinnamon and cherry like a cobbler.

Palate: The mouthfeel is delicate and light. A touch of oak stays from beginning to finish. It gets puckering dry at the finish, but not overwhelmingly so. Rich demerara sugar greets the front of the tongue instantly. Cinnamon, clove, and nutmeg mingle in the middle. With cherry and orange, it’s almost like drinking an Old Fashioned cocktail right out of the bottle.

The Pittyvaich 30-year-old single malt from the Diageo 2020 Special Releases Rare by Nature collection is scrumptious. It is sweet and fruity, but it has a lot of depth to it. If you like Old Fashioneds, then this is up your alley. The price point is decent, maybe too generous, for a demolished distillery's single malt with three decade age statement.